Vineyard Wind 1 One Step Away from Entering Construction

The U.S. Bureau of Ocean Energy Management’s (BOEM) has released the Final Environmental Impact Statement (FEIS) for the Vineyard Wind 1 project in Massachusetts and has thus put the offshore wind farm one step away from completing the federal permitting process.

The only thing now left before construction on the project could begin is a Record of Decision (ROD) from BOEM.

Vineyard Wind, a joint venture between Avangrid Renewables and Copenhagen Infrastructure Partners (CIP), plans to reach financial close for the 800 MW project in the second half of 2021 and to have the offshore wind farm operational in 2023.

“More than three years of federal review and public comment is nearing its conclusion and 2021 is poised to be a momentous year for our project and the broader offshore wind industry”, said Vineyard Wind CEO Lars T. Pedersen. “We look forward to reaching the final step in the federal permitting process and being able to launch an industry that has such tremendous potential for economic development in communities up and down the Eastern seaboard”.

BOEM stated that this represented major progress in the Biden-Harris administration’s goal to accelerate responsible development of renewable energy on public lands and waters as a key component of tackling the climate crisis and creating jobs.

With the installed capacity of 800 MW, Vineyard Wind 1 is slated to become the first large-scale offshore wind farm in the United States.

“[The] project will provide significant benefits to the Commonwealth of Massachusetts by providing clean electricity to power more than 400,000 homes, creating thousands of good paying jobs, and reducing electricity rates by $1.4 billion over the first 20 years of operation.  The project is also expected to reduce carbon dioxide emissions by 1.68 million metric tons annually, the equivalent of taking 325,000 cars off the road each year”, the developer says.

The news on BOEM completing the environmental review for Vineyard Wind 1 comes around a month after the authority resumed the process, which was halted as the developer temporarily withdrew the Construction and Operation Plan (COP) to perform a technical review following the change of plans on the turbine model to be used for the wind farm.

In December 2020, Vineyard Wind switched from the MHI Vestas to the GE Haliade-X wind turbine model and paused the consideration of its proposal at BOEM while it reviewed whether the use of Haliade-X turbines warranted any modifications to the COP.

On 22 January, Vineyard Wind completed the technical review with no changes to the COP and submitted a letter rescinding its temporary withdrawal and requesting that BOEM resumes the process for its 800 MW project offshore Massachusetts. BOEM announced on 3 February that it intended to resume the environmental review of the Vineyard Wind 1 project and proceed with development of a Final Environmental Impact Statement.

Vineyard Wind 1 has already received all relevant permits required by the Commonwealth of Massachusetts as well as regional and local bodies. 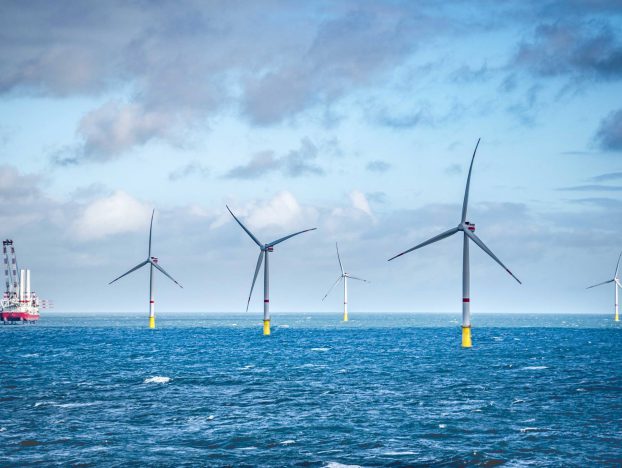