C-bed has signed a contract with Ørsted for the deployment of its Service Operation Vessel (SOV) Wind Innovation on the Hornsea Two offshore wind farm in the UK.

The vessel, which has also been hired for Ørsted’s Hornsea One offshore wind farm and is currently in full operation there, will start working at the Hornsea Two offshore wind farm as of March. There, the SOV will be providing the daily logistics and accommodation for the personnel working on the cable termination project.

During the project, C-bed will use the Port of Immingham as the base port for crew change and loading of fresh supplies.

Hornsea Project One was commissioned in January 2020, when it became the world’s largest offshore wind farm. The 1.2 GW project comprises 174 Siemens Gamesa 7 MW turbines installed some 120 kilometres off Yorkshire.

On Hornsea Two, construction is now well underway, after the first foundation and the jacket for offshore substation were installed in October 2020.

The 1.4 GW offshore wind farm, scheduled for commissioning in 2022, will comprise 165 Siemens Gamesa 8 MW turbines, installed in the waters some 89 kilometres north-east of Grimsby.

Once operational, Hornsea Two will become the biggest operational offshore wind farm in the world, producing enough electricity to supply over 1.3 million homes in the UK with green energy. 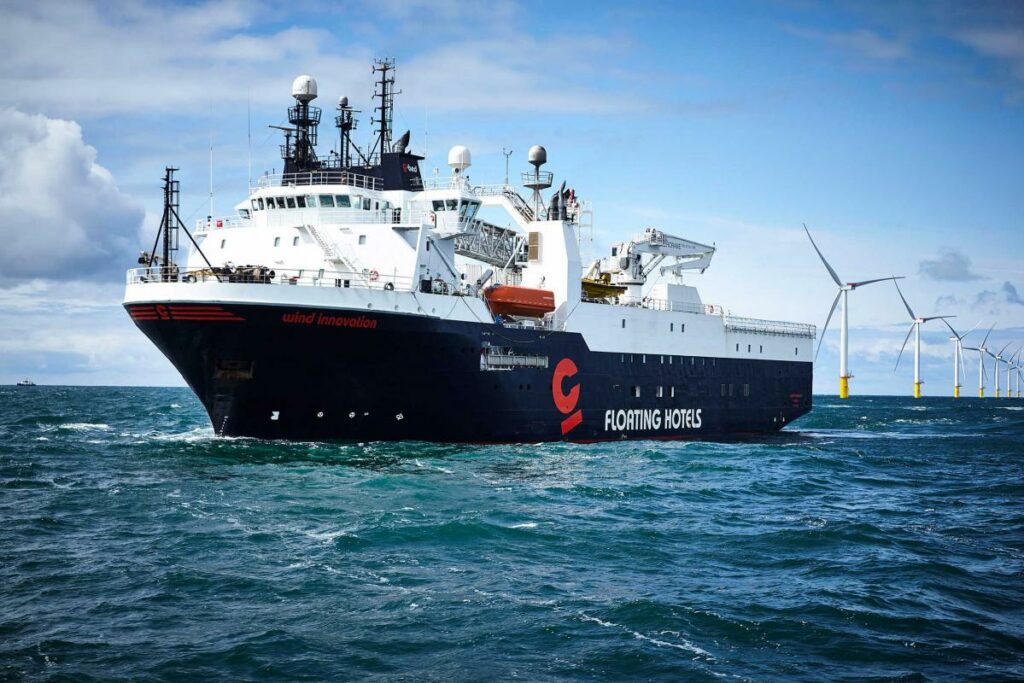