The Osprey Group has won a contract to provide handling and storage services for the spare export cable for the Moray East offshore wind farm.

Osprey will use a powered quadrant and self-propelled modular transporters to load the cable into the basket at the Port of Sunderland, where it will be stored for at least two years.

“These cabling baskets are a specialist item, we get them built to our own design. For this contract, we’ve been working with fabricators JW Colpitts, and the Port of Sunderland”, said Pete Fletcher, Osprey Director.

NKT Victoria has installed all three Moray East export cables by mid-October and currently, the first campaign for inter-array cable testing and termination is underway at the site.

NKT signed a firm contract for the supply and installation of the wind farm’s export cables at the end of 2018.

The offshore wind farm is scheduled to be commissioned in 2022. 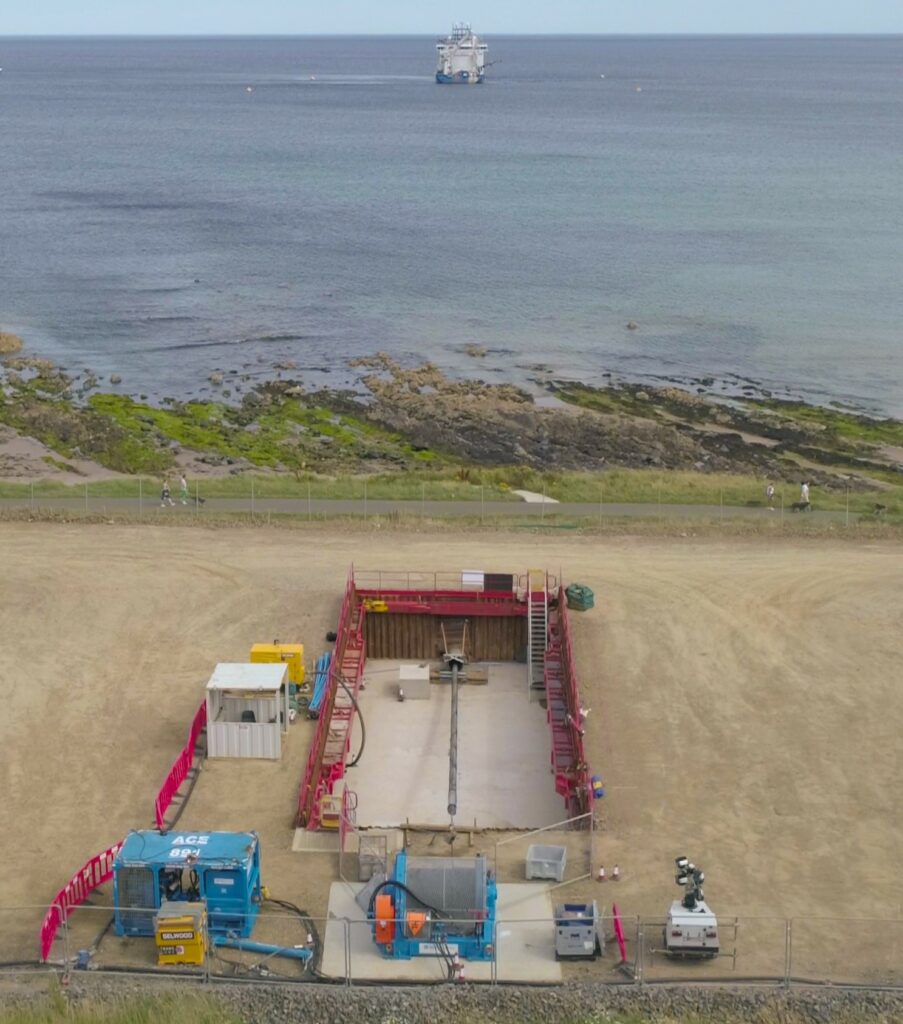