Fugro is deploying two vessels to carry out a geophysical survey of the 248 km2 area located in Kattegatt, 20-30 kilometres north of Sjælland.

The campaign is expected to be conducted over the next four to five months, Energinet said.

During the winter of 2020/2021, Energinet will also carry out environmental studies for the project. The metocean surveys will be conducted over the next year and a half. A geotechnical survey campaign is scheduled to start in the summer of 2021.

Energinet will also carry out environmental studies and obtain environmental and planning permits for the necessary land infrastructure including a small switching station.

Hesselø is the second of the three offshore wind farms proposed in Denmark’s Energy Agreement 2018, the first being the Thor project.

”Normally we carry out seabed surveys during the summer, where there is little risk that the ships will have to go into port due to bad weather,” said Jens Colberg-Larsen of Energinet, in charge of carrying out the offshore surveys.

”But for Hesselø Offshore Wind Farm, we have to do the surveys in the winter. This is due to the fact that the offshore wind farm has been advanced and must be ready to supply electricity in 2027 compared to the original 2028.”

The Hesselø wind farm will have an installed capacity of between 800 MW and 1,200 MW and can thus potentially become the largest offshore wind farm in Denmark.

Between 800 MW and 1,000 MW of the capacity will be used to produce and deliver electricity straight to the national grid. The developers will also have an option to develop up to 200 MW of overplanting capacity.

This additional capacity can be used to ensure a more continuous flow of electricity to the grid, or it can be used in combination with battery storage or power-to-x projects.

The developers should include the battery storage and power-to-x projects into their bids if possible, the Danish Energy Agency said, adding that the preliminary studies should also take these options into account. 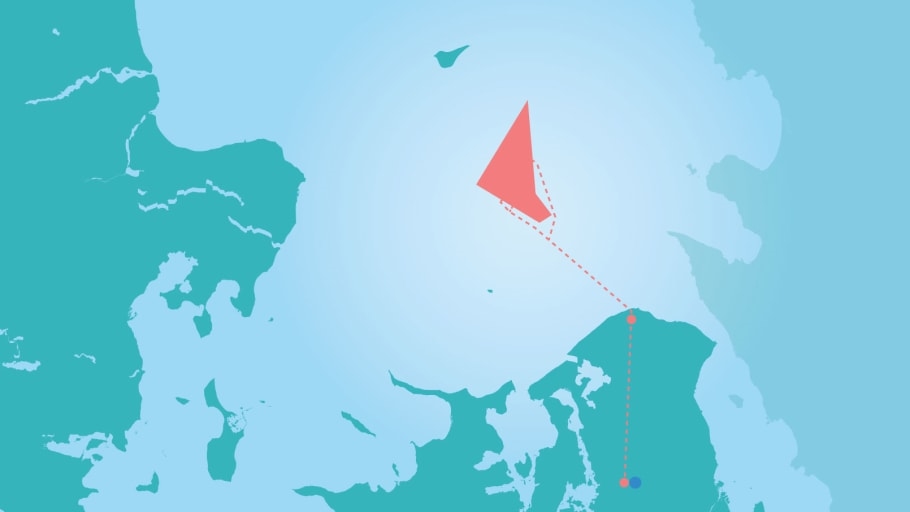