Vattenfall has issued a tender for installation works on two wind farms in the Danish North Sea – Vesterhav Syd and Vesterhav Nord.

The tender is divided into three lots and covers the installation of the foundations, the cables, and the wind turbines.

The contracts are scheduled to run from July 2021 to the end of 2023. The tender will remain open until 20 October.

Vesterhav Syd and Vesterhav Nord will comprise a total of 41 Siemens Gamesa 8.4 MW turbines with a combined capacity of 344.4 MW. The wind farms are located nine and eight kilometres off the Danish western coast, respectively.

Vattenfall had initially planned to commission the two wind farms in 2020, but the developer had to delay the two projects after the Danish Energy Agency initiated new environmental impact assessment (EIA) processes.

The Swedish energy company subsequently canceled several ongoing tenders related to the projects, including the ones for the installation works.

Vattenfall has since changed the layout of the wind farms, pushing the wind turbines as far offshore as possible.

Back in May, the Danish Energy Agency opened a public consultation on the new EIA reports, with the final permits expected to be issued in September or October. 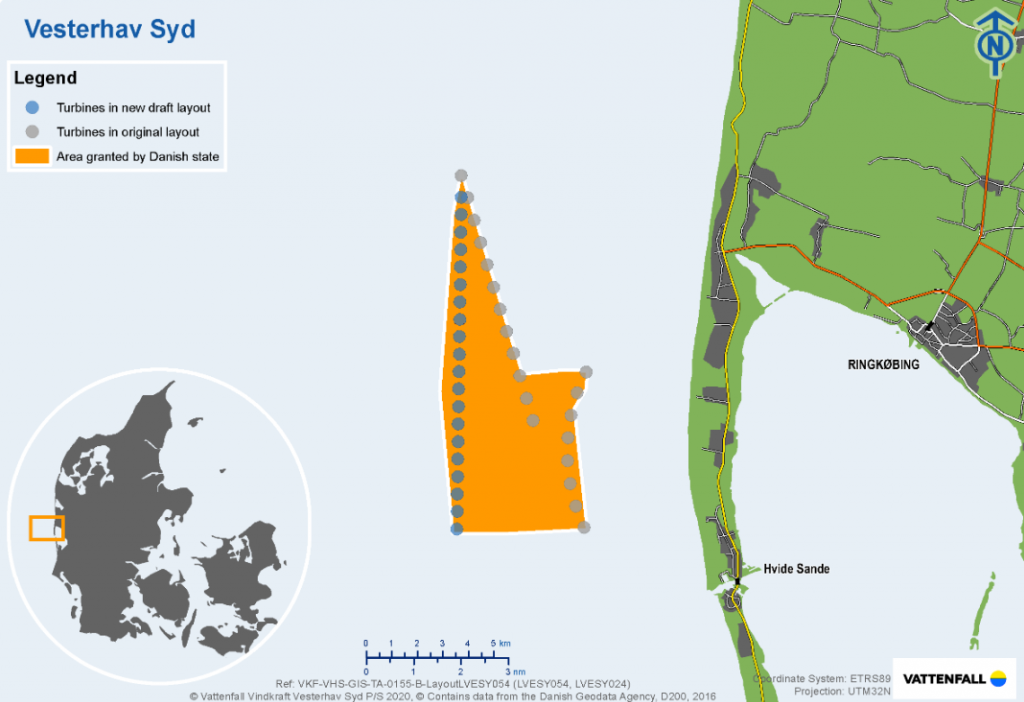