The Maryland Public Service Commission (PSC) has approved the use of GE Haliade-X 12 MW offshore wind turbine at Ørsted’s Skipjack offshore wind farm, to be built at a site some 30 kilometres off the Maryland-Delaware coast.

Ørsted selected GE Renewable Energy as the preferred turbine supplier for the project in 2019, changing its initial plan to use Siemens Gamesa 8 MW offshore wind turbines.

The PSC issued a decision on 20 August, approving the wind turbine change and saying that the selection of the Haliade-X 12 MW turbine is consistent with both the Maryland Offshore Wind Energy Act and the public interest.

The Order No. 88192 from 2017 – issued in accordance with the Maryland Offshore Wind Energy Act and by which the PSC approved the project – contains conditions whose purpose was to mitigate risk to ratepayers and maximise value to the State of Maryland, including opting for “best commercially-available technology at the time of deployment”.

Namely, in its application submitted in 2016, Ørsted included the Siemens Gamesa 8 MW turbine in its project design. However, neither the developer, nor the PSC in its Order No. 88192 determined which turbine would be used specifically.

Ørsted then stated that “the latest class of technology is what we want to deploy” and noted that the turbine model ultimately selected could have a higher output than 8 MW.

“When it filed its Application in 2016, Skipjack selected the Siemens Gamesa 8 MW turbine for developing its Project’s design basis, as it was the state of the art at the time. Nevertheless, Order No. 88192 contemplated the possibility of larger, more advanced turbines. Given the long lead time to develop an offshore wind project and the ongoing improvements in offshore wind technology, the Commission did not require Skipjack to use a particular turbine, but instead provided Skipjack the flexibility to select a more technologically advanced turbine as the Project neared the construction phase“, the PSC states.

The Skipjack wind farm was planned to become operational in 2022, however, due to delays in the permitting process, the project is now scheduled to be up and running by the end of 2023. 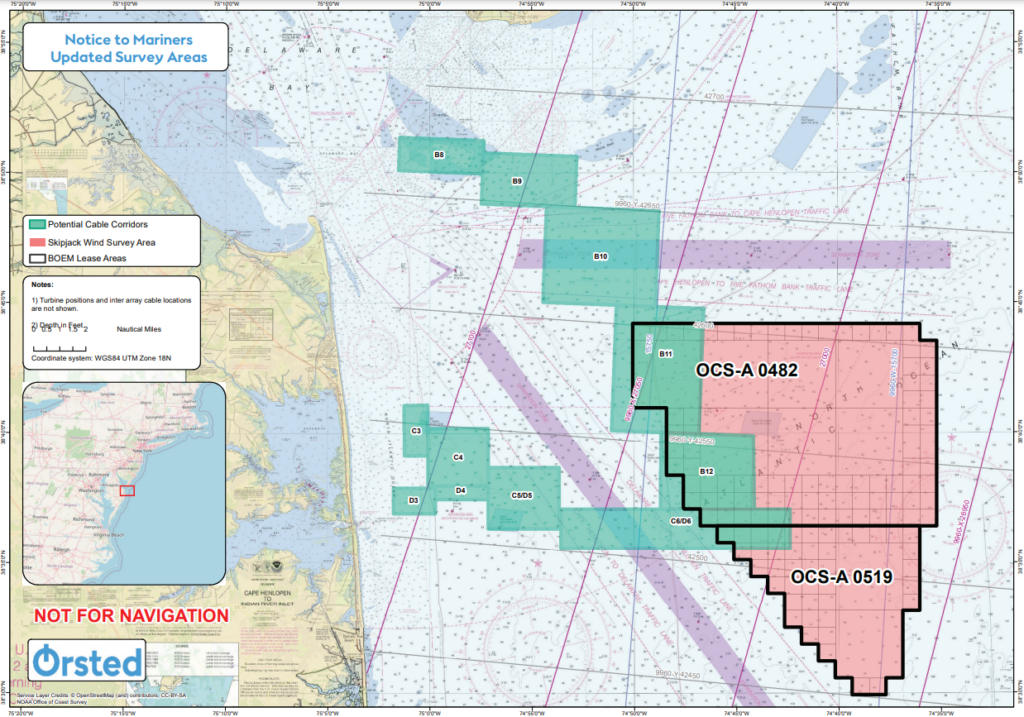