GBM Works, a TU Delft spin-off, is set to conduct pilot tests of a new method for installing turbine monopile foundations in the Port of Rotterdam, the Netherlands.

Together with project partners, GBM will conduct the pilot at Maasvlakte beginning in May or June by using a vibro drill method in which foundation piles are inserted into the sea bed via vibration elements on the base of the pile.

According to the Port of Rotterdam, for the first time a real, relatively small monopile will be vibrated into the sea bed and not on land as in previous tests.

In contrast to pile driving, the force is not applied to the top of the pile, but the weight of the pile itself is used for installation in the sea ground, the port said, adding that the partners are currently seeking the most suitable test location.

“Hammering a monopile makes a lot of noise, which is harmful to the ecosystem. Our method is low-noise, which means that we do not need to erect any expensive soundproofing screens around the monopiles. We also get the pile into the ground faster than when using the classical hammer method,” said Joris van Rossem, Test and Logistics Engineer at GBM Works.

“As the vibration elements are already fitted to the pile during installation, we can work faster and are less dependent on weather conditions. Vibrations at the base also cause less fatigue damage: damage as a result of material fatigue. This means that it may be possible to use lighter monopiles in the future.”

According to Van Rossem, penetration tests will take four weeks and will be used to further test the method reliability and speed, while noise levels and bearing capacity will be re-measured, as well as how firmly they sit.

The project partners believe that the advantages will save millions of euros when installing foundations for wind turbines, expected to ultimately result in a lower cost price for wind energy.

Besides GBM Works, TU Delft and Port of Rotterdam, other project partners are Sif, Van Oord and Deltares who joined forces to facilitate further development and to provide financial support for pilots.

In addition, GBM Works has requested a patent for the method, with aims to make it market-ready from 2021. 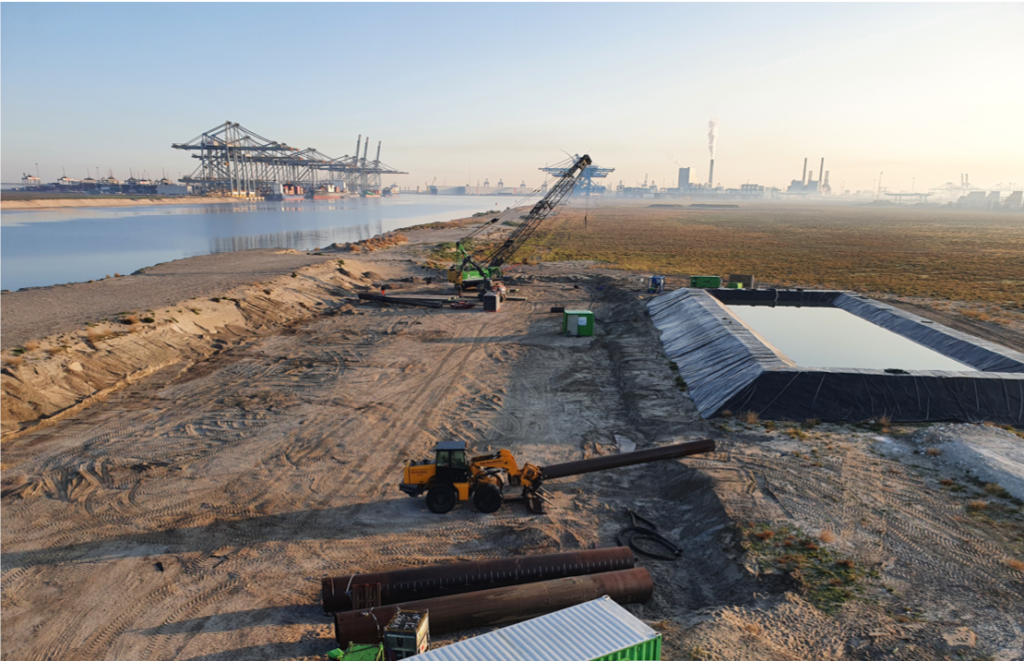