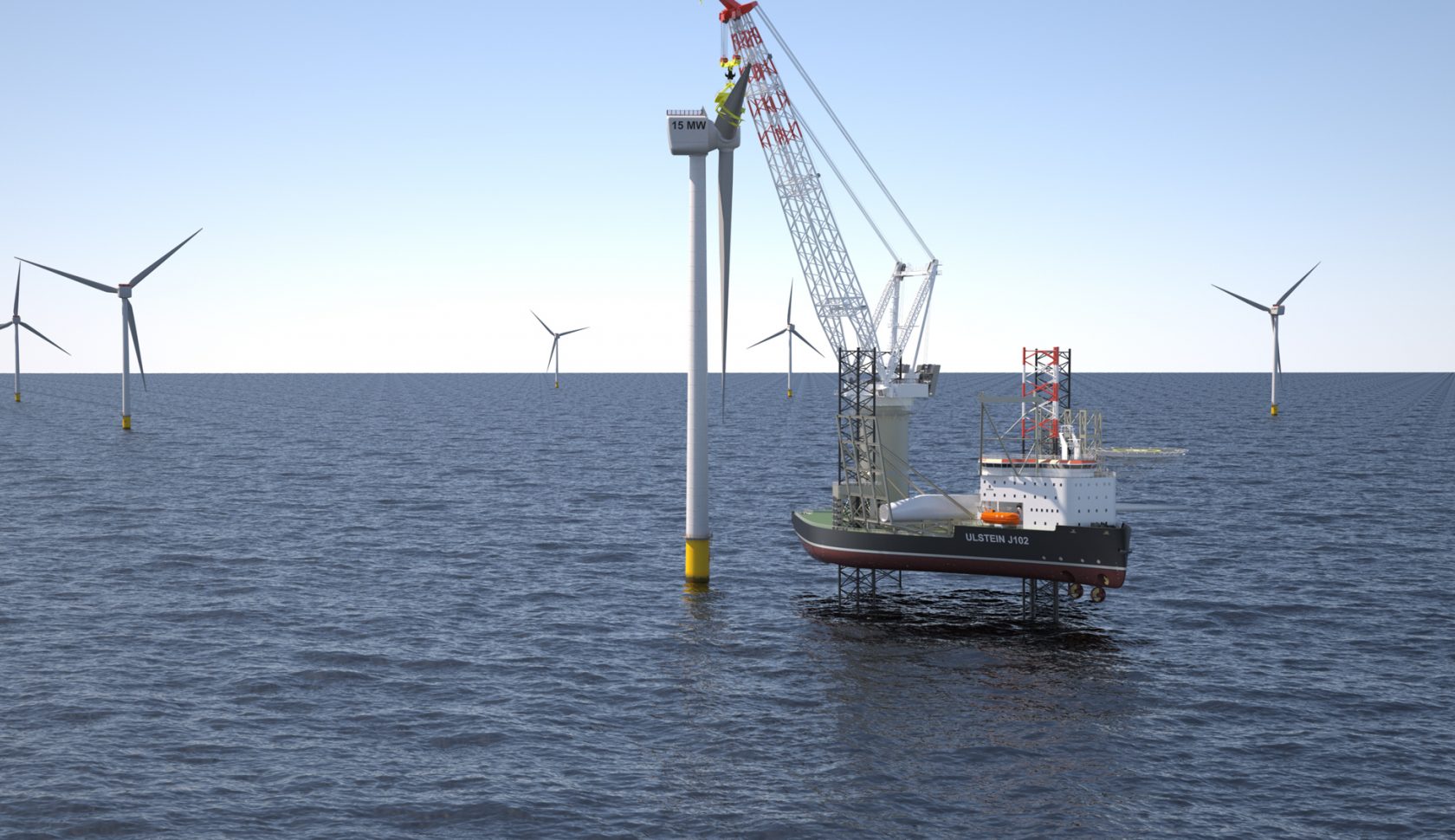 The smaller J101 is tailored for maintenance and exchange of wind turbines.

The J102 jack up can transport and install up to eight 8MW wind turbines and up to four 15MW turbines at a time.

The J103 jack-up can transport and install up to twelve 8MW turbines and up to six 15MW turbines at a time, Ulstein said. 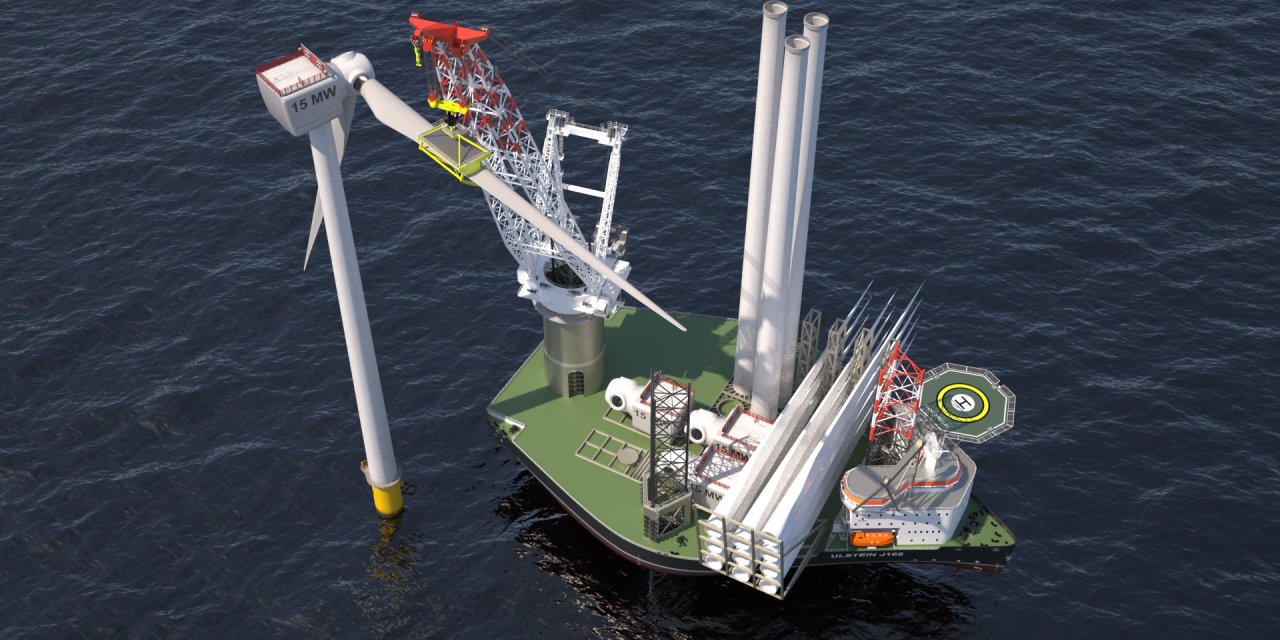 “With the ULSTEIN J102, the latest addition to our X-JACK series, we believe it is the closest one can get to an optimal yet cost effective jack-up design. Using a high capacity crane of up to 2,500 t and 160m hook height above deck, the J102 design will allow contractors to efficiently carry and install 4 x 15MW wind turbines per round trip.” 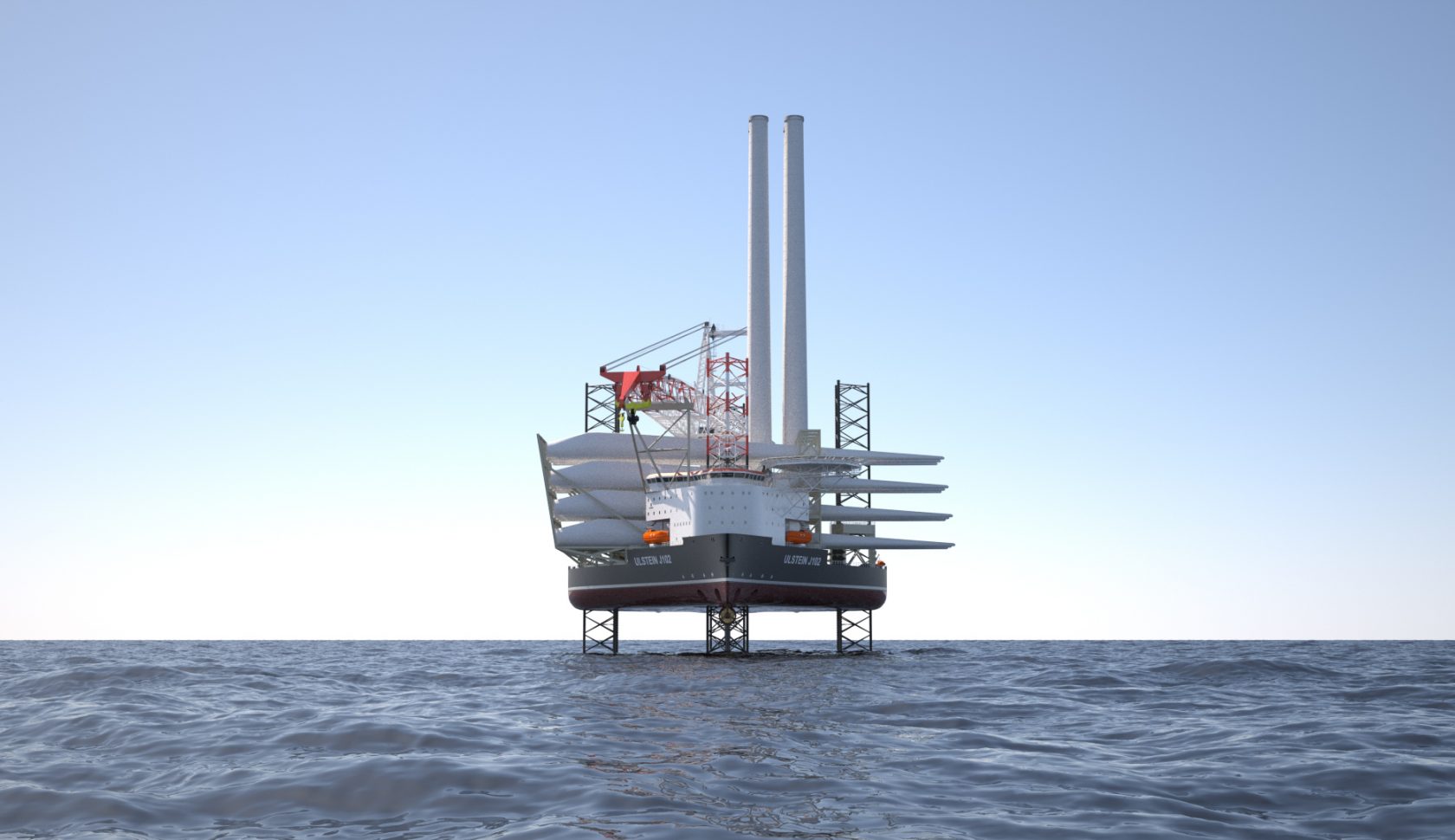 According to the designer, key in the X-JACK design is its patented layout with a simple cruciform primary structure to achieve weight savings of 10 to 15% and create the most direct load path during preload operations. Positioning the legs widely apart in a square pattern is said to result in efficient use of available deck space, at the same time effectively counteracting the crane overturning moments. This set-up is said to also create more body around the legs, enabling the use of large spud cans to reduce loads on the seabed.

The combination of a kite-shaped hull and vessel layout with well-proven technologies from reputable suppliers provides unrivalled heavy lift and cargo capabilities, according to Ulstein. 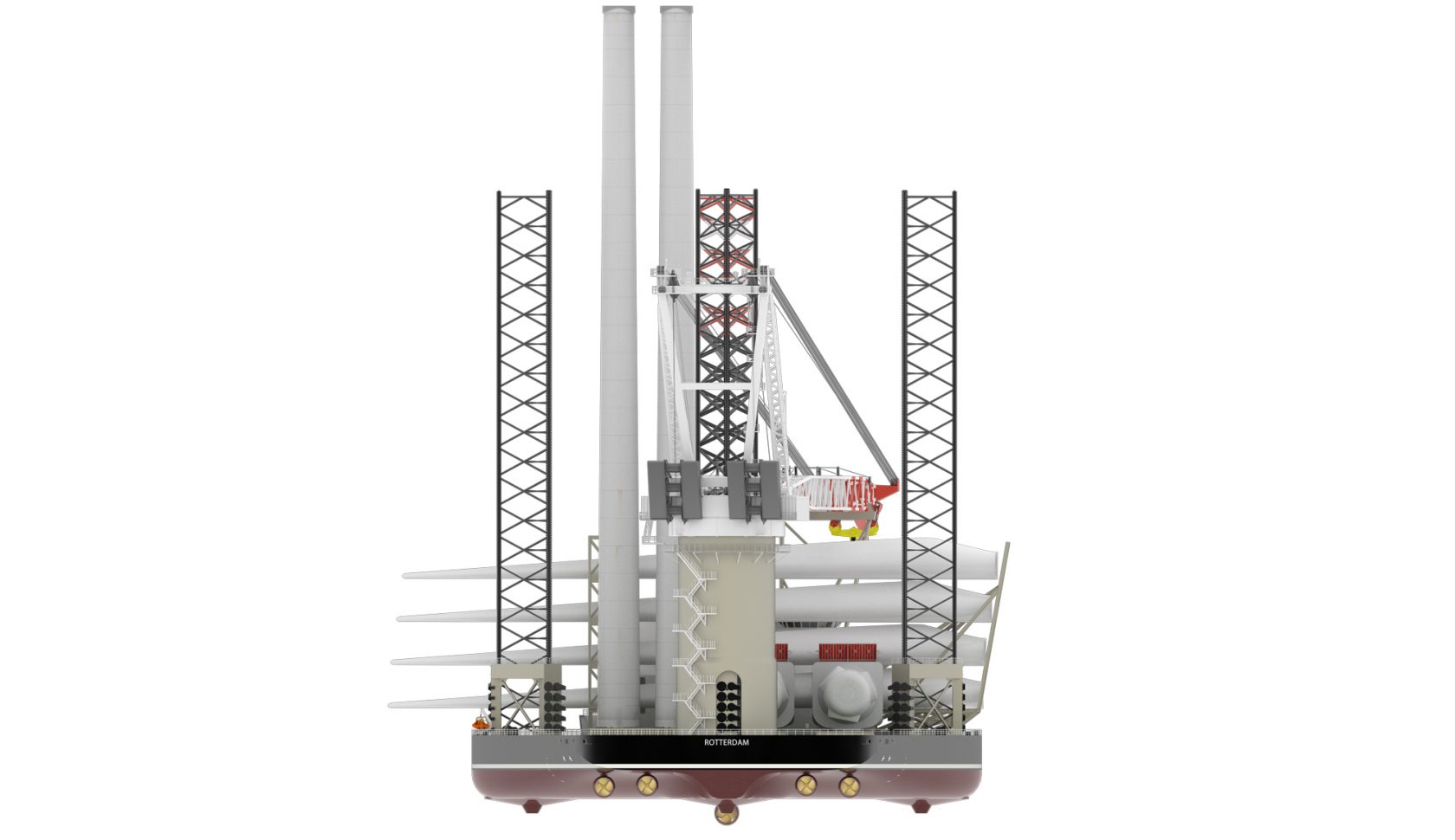 “The ULSTEIN X-JACK series is part of our strategy to complement our offshore wind design portfolio and strengthen our position as a long-term partner for supporting the offshore wind industry with sustainable and cost-efficient assets,” said Edwin van Leeuwen, managing director at Ulstein Design & Solutions BV.

“Being innovative in our designs and focused on market needs, we achieved market leadership in offshore wind service vessels and heavy lift construction vessels. For wind turbine installation jack-ups, we like to become the industry’s preferred choice as well.” 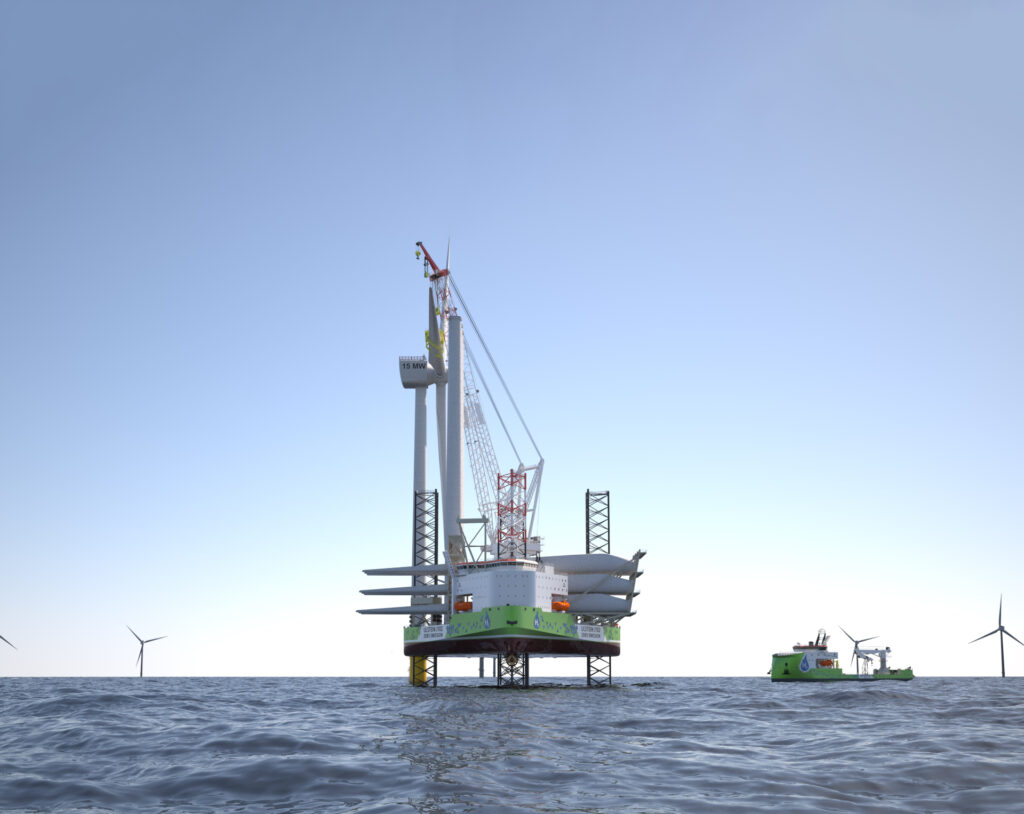