The contract is worth over EUR 150 million and will see Nexans supplying 200 kilometres of the 245 kV high voltage alternating current (HVAC) subsea export cable system.

Located in the North Sea, approximately 89 kilometres from the Yorkshire coast, the 1.4GW offshore wind farm will be the world’s largest once it starts operating in 2022.

To bring the electricity produced by the wind farm onshore, the project will be equipped with Nexans three-core HVAC submarine cables. These 245 kV cross-linked polyethylene insulated (XLPE) cables will be part of the nearshore section of the export circuits linking the wind farm’s reactive power substation to the onshore substation.

The circuits will comprise three individual near shore export cables and will follow a similar route to Hornsea 1, for which Nexans Norway has earlier supplied 139km of three-phase 36 kV subsea cable inter-linking a total of 58 wind turbines and connecting them to the offshore transformer station. The route will make landfall at Horseshoe Point from where land cables will feed the power to North Killingholme onshore substation.

The cables for the Hornsea 2 project will be manufactured at Nexans Norway site in Halden.

The far-shore export cable system will be delivered by NKT. JDR Cables and Prysmian are in charge of delivering the inter-array cables for the wind farm. 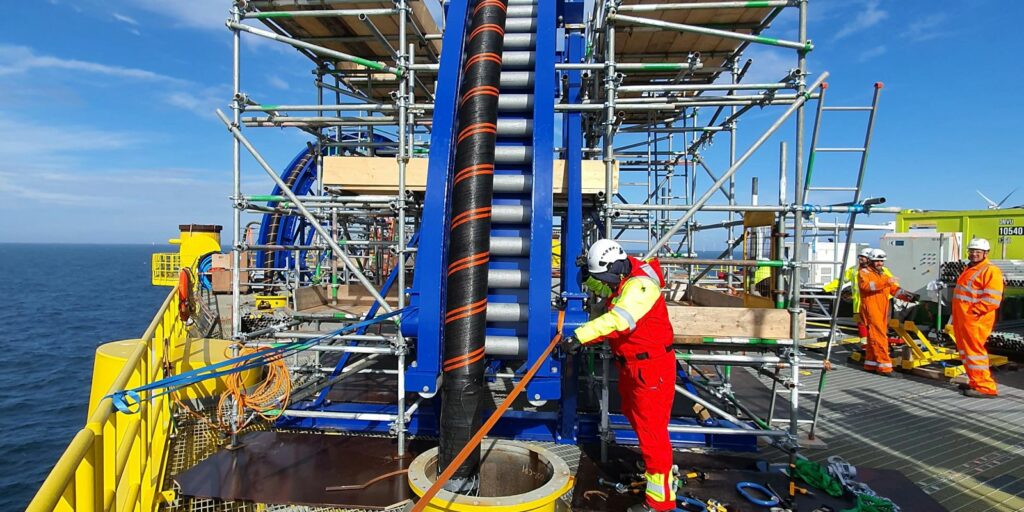