The Netherlands Enterprise Agency (RVO.nl) has issued early information on a tender it plans to launch on 30 July, looking for a company to undertake an archaeological study for three areas earmarked for offshore wind projects.

Under a contract for the works, valued at EUR 140,000, the tender winner will deliver an archaeological desk study and archaeological assessment based on geophysical and geotechnical research in the Hollandse Kust (west), IJmuiden Ver and Ten Noorden van de Waddeneilanden wind energy areas.

In March 2018, the Dutch government presented the Offshore Wind Energy Roadmap 2030, setting out plans for the development of additional 7GW of offshore wind capacity in the 2024-2030 period.

The roadmap specifies which wind farm zones will be released for development in the Dutch sector of the North Sea, when this will occur, the projected generation capacity of these zones, and when they will be taken into operation.

The wind farms to be prepared in the coming years will be located in the three aforementioned wind farm zones: the 1.4GW Hollandse Kust (west), the 700MW North of the Wadden Sea Islands (Ten Noorden van de Waddeneilanden), and the 4GW IJmuiden Far Offshore (IJmuiden Ver), with 0.9GW of capacity yet to be designated.

The tenders for the new wind farm zones will be opened from 2021 onward, starting with the Holland Coast (West), and the wind farms are expected to be commissioned between 2024 and 2030. 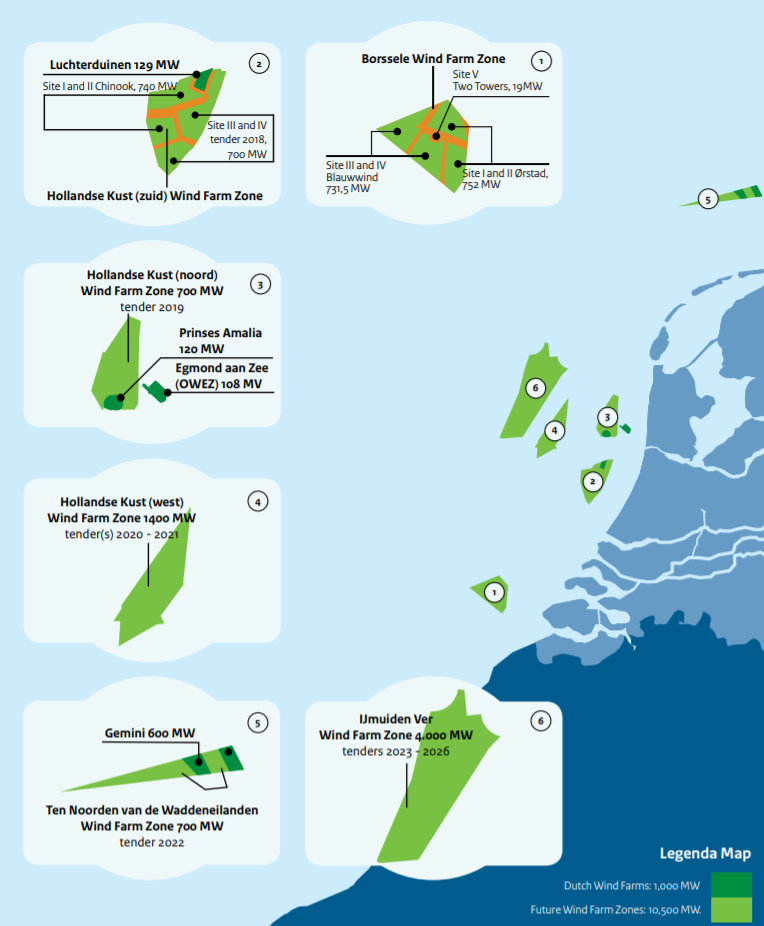