After OMM completed a boulder removal campaign for a German offshore wind farm in the Baltic Sea, Atlantic Marine – which supported the project with its Atlantic Tonjer vessel and ROGE ROV 2 boulder system – announced that the works had taken its total to over 30,000 targets removed, including boulders, UXO, scrap metals, wreckage and disused cables in the past five years.

During the recent Baltic Sea campaign, OMM removed more that 5,000 boulders, with over 3,000 of them tackled with the services and equipment provided by Atlantic Marine.

Along with the announcement of record-breaking figures, Atlantic Marine also informed that its vessel Atlantic Explorer and ROGE ROV 1 boulder system are currently clearing boulders and targets on a new UK offshore wind farm. The company did not disclose the name of the project, but it specified that the offshore wind farm is located off the UK’s East Coast, close to the Humber, and that 2,700 boulders will be removed at the site.

At the end of November 2017, Atlantic Marine said it had had a very busy summer and autumn with a wide range of operations that included walk-to-work, UXO clearance, multibeam surveys, boulder clearance, and geotechnical surveys, with several projects in the pipeline for the winter and going into summer 2018. 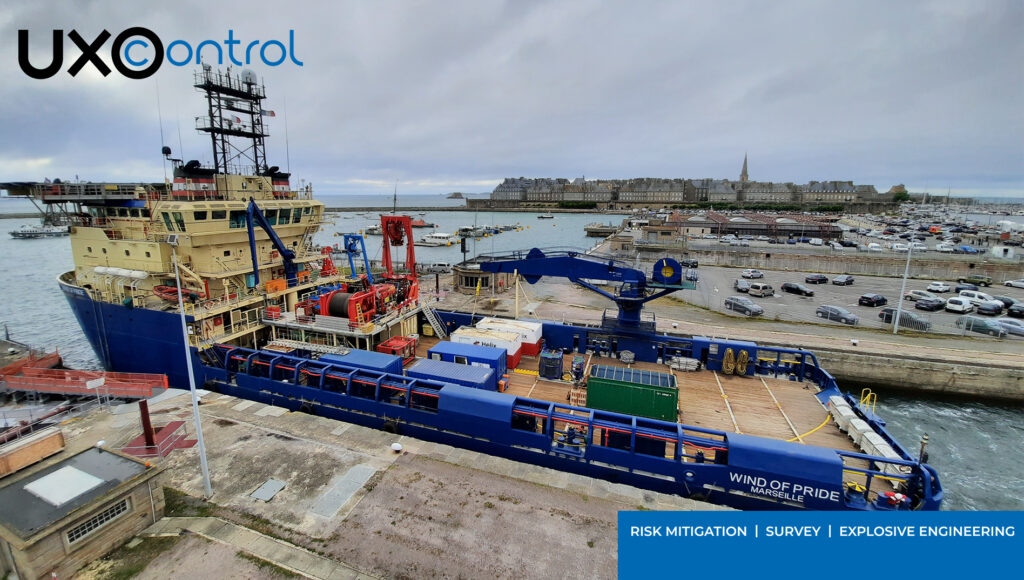