APEM to Survey Potential Offshore Wind Areas off the Carolinas

APEM will carry out ultra-high resolution aerial digital surveys of offshore wildlife off the coast of North and South Carolina on behalf of the U.S. Bureau of Ocean Energy Management (BOEM).

The area has been identified as a potential location for offshore wind farms and the surveys will provide baseline data to help with the process of siting and permitting future developments.

The surveys will gather data on birds, marine mammals, sharks, fish, turtles and other marine species in an area of almost 10,000 square nautical miles. The obtained information will allow scientists to estimate which species are present, how many there are of each species and where they are most likely to be found.

Working with Normandeau Associates, Continental Shelf Associates and Azura, APEM will be part of the team delivering the baseline data.

“We expect to capture around a million ultra-high resolution images in total and usually when we carry out a survey like this the data gathered is pretty much unprecedented,” Dr Stuart Clough, president of APEM, said.

“We never know what the surveys will reveal, but we’re always excited to find out. It’s important that agencies and developers have very high quality baseline data so that they can make the best decisions possible about future offshore wind farms.”

One of APEM’s newly developed camera systems, Shearwater III, will be used for the surveys. The system was developed to push image resolutions to as low as 0.5-cm ground resolution.

The data from the study will assist BOEM in evaluating other potential lease areas off the Carolinas. To date, BOEM held one lease sale off the coast of North Carolina, awarding a 122,405 acre lease off Kitty Hawk to Avangrid.

APEM and Normandeau are already carrying out offshore wildlife surveys off the Long Island coast for the New York Energy Research and Development Authority (NYSERDA). 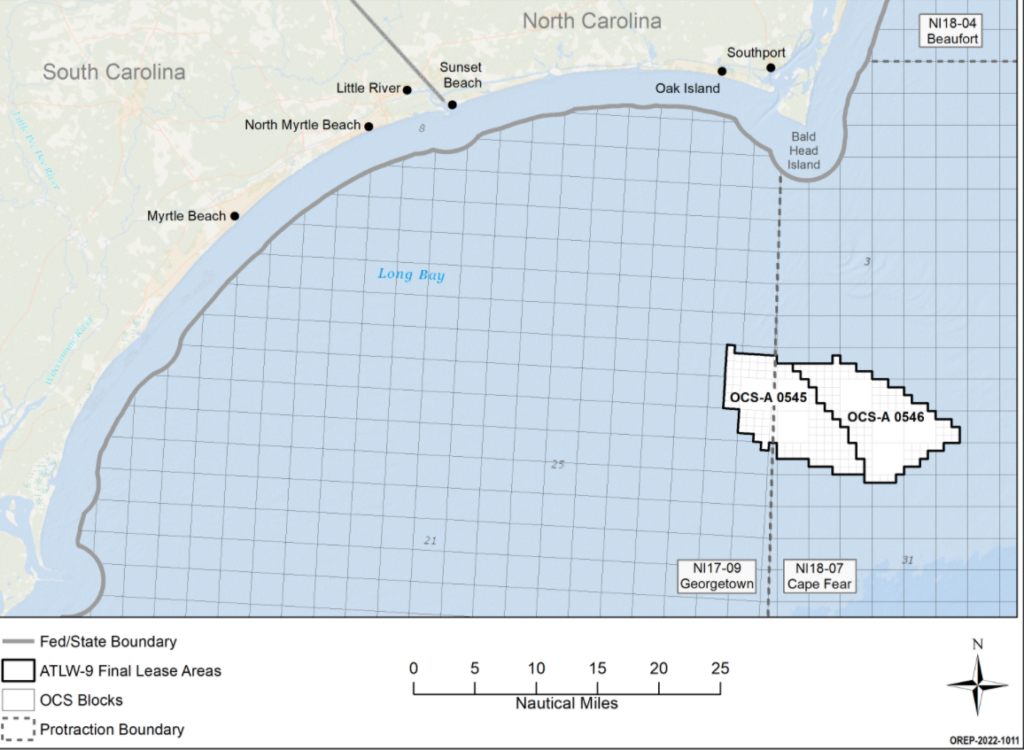