The cable was loaded onto a cable laying vessel at the Hengtong (Changshu) High Voltage Sea Cable Industry Park in June 2017.

Hentong won the project with the bid amount of CNY 280 million (around USD 41 million) at the beginning of 2017.

The company started the production of the submarine cable in January 2017, with a total length of production over 200km for 35kV and 220kV.

”It is noteworthy that the 220kV – 1*1600mm² single joint length up to 30.2km, is setting the world record for the longest of the same type,” Hengtong said in a release.

”Vertical cross – linking production line has a continuous boot history of 25 days, keeping the longest continuous boot record in the industry. High-voltage cable cross-linked insulation extruded volume of nearly 165 tons, which set the world record with no unusual situation. The submarine cable also passed the pressure test of 1000kW capacity and completed the pressure test for 220kV cable with 30.2 km one time, hit the high voltage test record of the marine cable industry.” 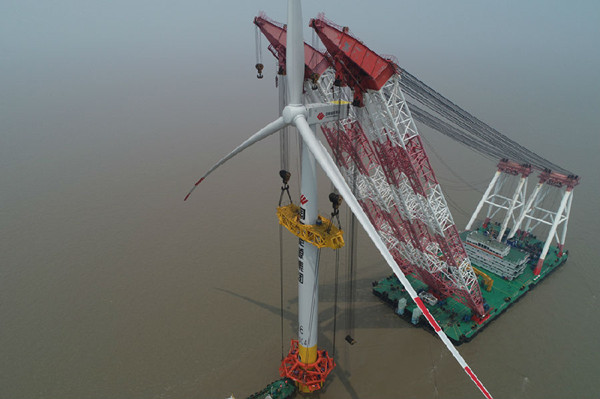