DONG Energy has started dismantling the world’s first offshore wind farm, the 4.95MW Vindeby located in the Danish Baltic Sea near the island of Lolland.

When the eleven wind turbines at Vindeby were installed in 1991, they were lifted into place in one piece, but during the decommissioning, the blades, nacelles and towers are dismantled and taken down individually by a mobile crane on board a jack-up vessel, DONG said. The concrete foundations will be broken down on site, mainly by hydraulic demolition shears, and collected afterwards.

Some of the blades will become part of a research project at DTU Risø while others will be reused in a noise barrier concept. One wind turbine will also become part of the exhibition at ‘Energimuseet’ (the Danish Museum of Energy).

During its entire lifetime, Vindeby produced 243GWh of power. This corresponds to what seven of the largest offshore wind turbines today can produce in a single year.

The turbines for Vindeby were supplied by Bonus Energi, now Siemens Wind Power, and the foundations were produced by MT Højgaard.

Even though the wind farm is now being decommissioned, and even though the Vindeby turbines are small compared to current standards, they have been of vital importance for the industry according to Leif Winther, responsible for DONG Energy’s Danish offshore wind farms.

“Vindeby Offshore Wind Farm is almost miniature-size in comparison with the giant projects which are now being realised in Northern Europe. But without the experience gained from the world’s first offshore wind farm, we wouldn’t be where we are today. It’s fair to say that Vindeby is the cradle of the offshore wind industry, and that this is where the industry was born,” said Winther.

It was the pioneers from the former Elkraft power company who experimented with installing wind turbines in shallow waters. Since the birth of Vindeby, offshore wind farms have reached utility-scale, and a single one of the largest turbines available today produces more power than the entire Vindeby.

“Vindeby Offshore Wind Farm has played a decisive role in scaling up the technology and reducing the costs to a level that makes offshore wind attractive to many countries facing replacement of end-of-life coal-fired power plants with new green energy sources,” said Winther.

Vindeby had covered the annual power consumption of around 2,200 households. In comparison, DONG Energy’s future offshore wind farm off the east coast of England, Hornsea Project One, which when ready for commissioning in a few years will be the world’s largest offshore wind farm, will be able to supply green energy to approximately one million households. 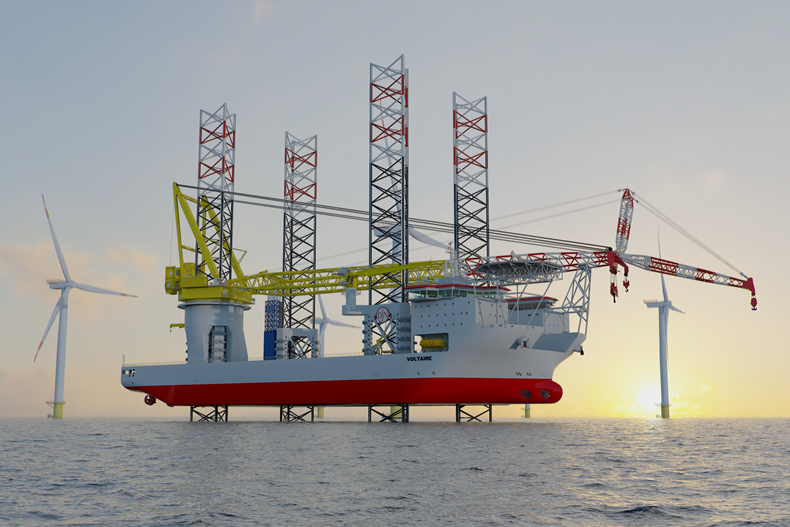