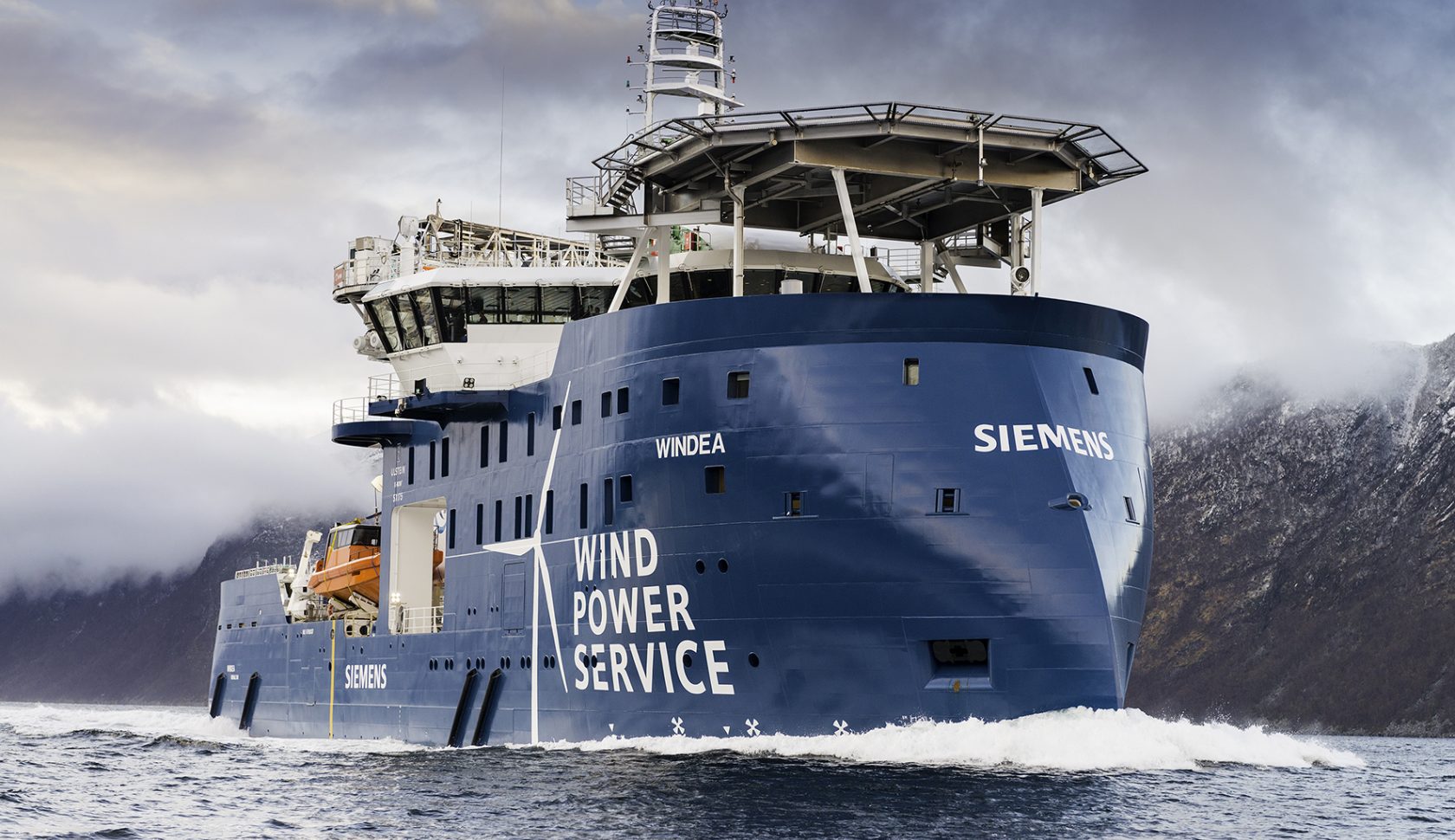 Windea Leibniz, the second service operation vessel (SOV) ordered by Bernhard Schulte Offshore and ICBC Leasing from Ulstein, will start working for Siemens at the Sandbank wind farm in April, after being named at a ceremony held on 2 March.

Ulstein Verft delivered Windea Leibniz to its owners on 28 February.

Starting from April, the vessel will work at the Sandbank wind farm in the German Bight for Siemens Wind Power Service, providing service to 72 wind turbines.

Its sister vessel, Windea La Cour, also chartered out to Siemens Wind Power, has been in service at the 600MW Gemini wind farm in the Netherlands since August of the last year, and carried out its first campaign on 1 September 2016.

“The vessel has the X-STERN™ hull shape, which allows it to be positioned with the stern faced towards the weather instead of the bow only”, said Matthias Müller, Managing Director of Bernhard Schulte Offshore. “Her award-winning sister vessel ‘Windea La Cour’, which is working in the Dutch Gemini wind farm since August, has already proven that this leads to improved weather resilience, greater operability and reduced power and fuel consumption while on DP mode next to the wind turbine.”

The naming ceremony was held in Ulsteinvik, Norway, at the Ulstein Verft yard premises.

Windea Leibniz, designed by Ulstein Design & Solutions, carries the name of the German mathematician, philosopher and physicist Gottfried Wilhelm von Leibniz, who in the 17th century proposed to use wind power to operate pumps. 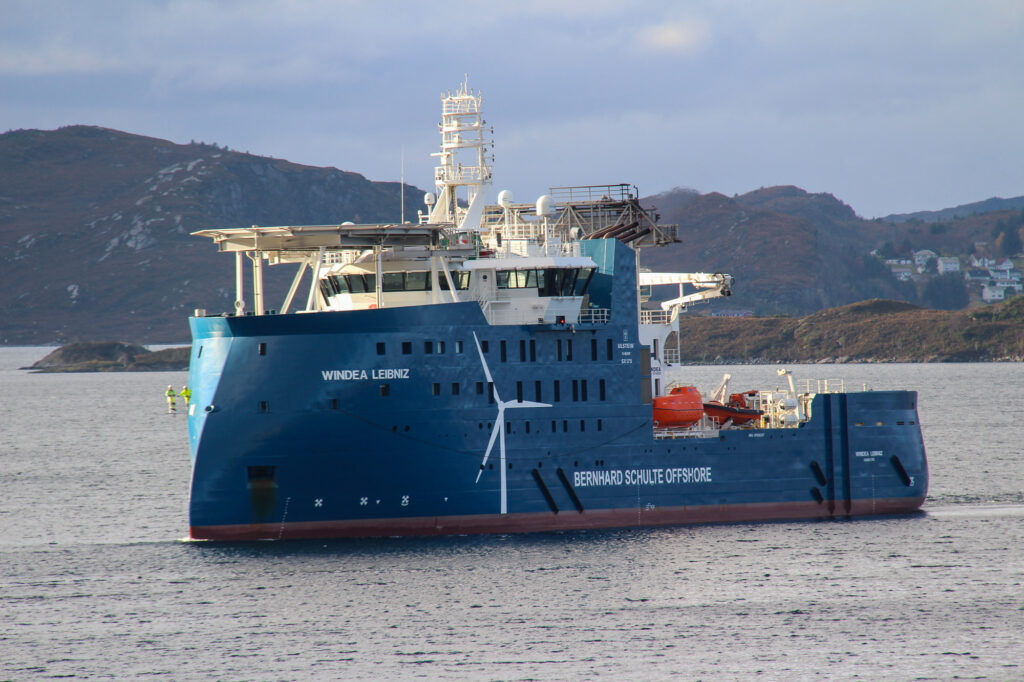