The Energy Technologies Institute (ETI) has recommended more emphasis to be placed on floating foundations in order to access the best offshore wind resources in the UK and pave the way to subsidy-free offshore wind farms in 2050 energy mix.

The recommendation comes as ETI releases data from its research into offshore wind in the UK including a FEED (front end engineering design) study into its floating platform demonstration project.

In waters less than 30 metres deep, ETI analysis points to fixed foundations offering the prime solution from a cost-effective perspective but when you go more than 50 metres deep, floating foundations would provide the lowest cost solutions.

The operational costs could also be reduced by producing bigger more durable blades that can be assembled close to site, according to ETI.

ETI says that this was evidenced in its partnership with Blade Dynamics, a UK SME subsequently purchased by GE, who worked on an ETI project to develop larger blade technology through new design and manufacturing concepts – by producing blades as a series of sub-sections to deliver improvements in quality, cost, transportability and performance.

”If industry can find routes to more repeatable manufacture of bigger turbine blades – such as in “kit form” close to site – it could lead to even further cost reductions as well as opening up export market opportunities. But there is also a continued need for the sector to learn by doing. The industry needs to increase its practical experience through even further deployment, development and demonstration of new technologies and learn from this to contain operational costs,” Andrew Scott, Programme Manager – HDV Marine & Offshore Renewables, said.

Current developers of larger wind farms can also be constrained by the wishes and needs of multiple stakeholders which has in the recent past restricted the deployment levels of offshore wind. ETI believes that by taking another approach and potentially absorbing consenting costs this could become a game-changer for the UK market by making offshore wind more attractive to investors.

In Holland for example consenting costs are absorbed by the government. In July 2016, DONG Energy won a tender for new Dutch wind farms at EUR 72 – approximately EUR 62 per MWh, and ETI says if the UK was to follow this model then it has a ready-made solution for a consenting managing agent in The Crown Estate.

”We have identified that the consenting and approval process should be streamlined as this can have a negative impact on developers wanting to build larger offshore wind farms. And our work shows that the advancement of floating technology also looks like it matters because it opens up more of the sea bed and we recommend that more emphasis should be placed on floating turbine development as they should be more economic for high wind, deep water sites – the best locations to exploit UK resources,” Scott said.

During 2017 the ETI will be releasing additional technical data and reports from projects delivered across its technology programmes over the last 10 years.

It has just released to its website material from its Offshore Wind programme in the areas of concept turbine designs, feasibility studies of tension leg platforms and wind turbine monitoring to help inform the debate in this area in the UK. 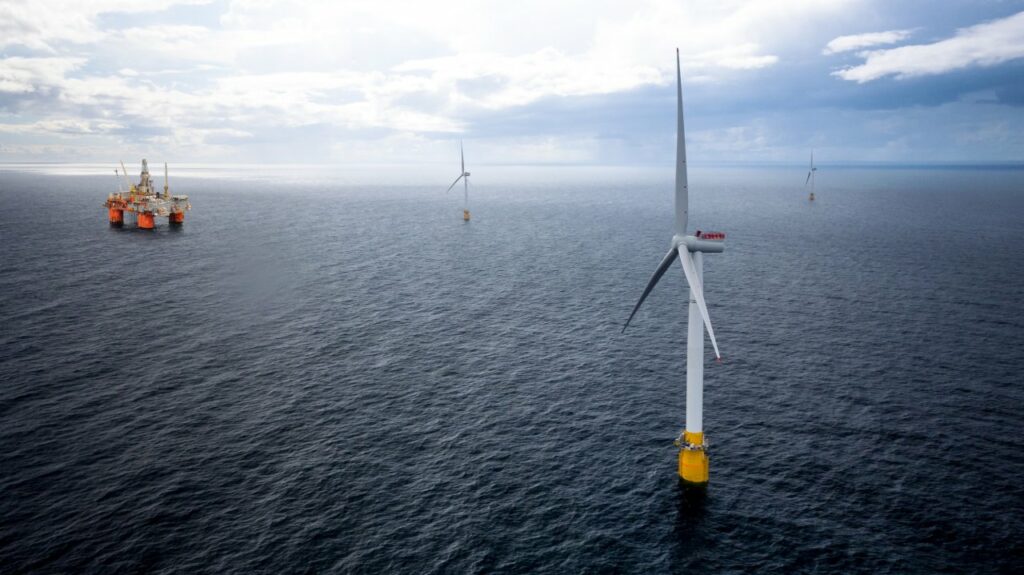