The developers of the 402MW Dudgeon offshore wind farm have arranged a GBP 1.3 billion long-term financing for the project with a consortium of international banks and financial institutions on May 12, having reached financial close in six months.

The limited recourse financing will fund the capital requirements of the wind farm, currently under construction 32 kilometres out to sea from the North Norfolk coast of East England.

Dudgeon is the first UK offshore wind project to obtain financing under the UK government‘s Contract for Difference (CfD) scheme. The project met its Milestone Requirement in May 2015.

Statkraft and Statoil are also participating in the financing through sponsor co-lending. Statkraft will finance its 30% share in the project, while Statoil will finance a share of 17.5%.

”Closing such a significant phase of the project’s development so swiftly illustrates the energy industry’s confidence in the long-term potential of offshore wind, and the increasing sophistication of financing models available to the sector,“ said Halfdan Brustad, Chairman of Dudgeon Offshore Wind Limited.

”It is also a testament to the project‘s commercial competitiveness, smooth execution, and the growing investor appetite for utility-scale renewable energy.”

On schedule to begin commercial operations by the second half of 2017, Dudgeon will deliver annual production of 1.7 terawatt-hours (TWh) of electricity, the combined output of 67 wind turbines.

The project is already more than half-completed, with the first turbine monopile installed in early April, and construction of the wind farm‘s 1,000-tonne offshore substation under way.

“Dudgeon demonstrates the willingness of its developers to support the ongoing growth of the UK green economy. The project benefits the UK‘s offshore wind industry; at least 70 local jobs are created directly in the operations phase, additional jobs during construction and indirectly in the supply chain. More than 50% of the construction cost is anticipated to be spent in the UK supply chain,” Brustad said. 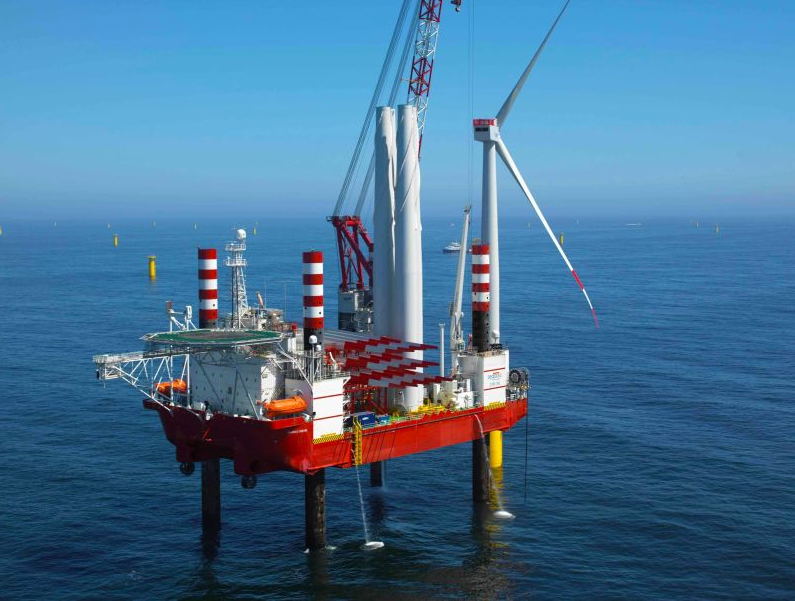