The new advanced cable installation vessel, Maersk Connector, has arrived to North East England to start a long-term charter with the Darlington-based DeepOcean.

The vessel will be used for the mobilisation of specialist cable handling equipment for projects in the offshore renewables and subsea interconnector sectors.

DeepOcean has secured offshore renewable and interconnector projects worth in the region of GBP 200 million, some of which were unlocked having secured the charter of the vessel.

Subsequently the vessel will install a subsea interconnector cable between Belgium and the UK, the Nemo Link, which will increase the supply of power to Britain from the continent supporting the reduction in the cost of electricity.

The 138m-long vessel has docked at A&P Tyne’s yard in the North East of England where it will be fitted with an advanced split capacity carousel produced by Parkburn Precision Handling Systems. Fabricated at A&P facility on the River Tyne, the carousel has an outer diameter of 27.3m and is 7.5m tall, enabling the vessel to carry 7,000 tonnes of cable.

The installation of the carousel and associated equipment, which will be managed by DeepOcean, will be carried out at the A&P yard over a two-month period before it embarks on its first project in Belgian waters in the summer.

DeepOcean has also engaged IHC to deliver an advanced cable plough for the vessel, which will be fitted later in the year at the Port of Blyth for projects in 2017.

The Maersk Connector is the only vessel with the ability to ground when fully loaded allowing DeepOcean to install cables from the beach, in shallow and deep waters.  It will be crewed by 90 people, which will include 70 of DeepOcean’s specialist offshore personnel.

Pierre Boyde, Commercial Director of DeepOcean, said: ”The investment in the Maersk Connector represents DeepOcean’s increasing presence in the offshore renewables and interconnector markets. Our continued growth in these sectors supports a programme of research and development to improve offshore operations, which includes establishing productive, long-term relationships with the supply chain.” 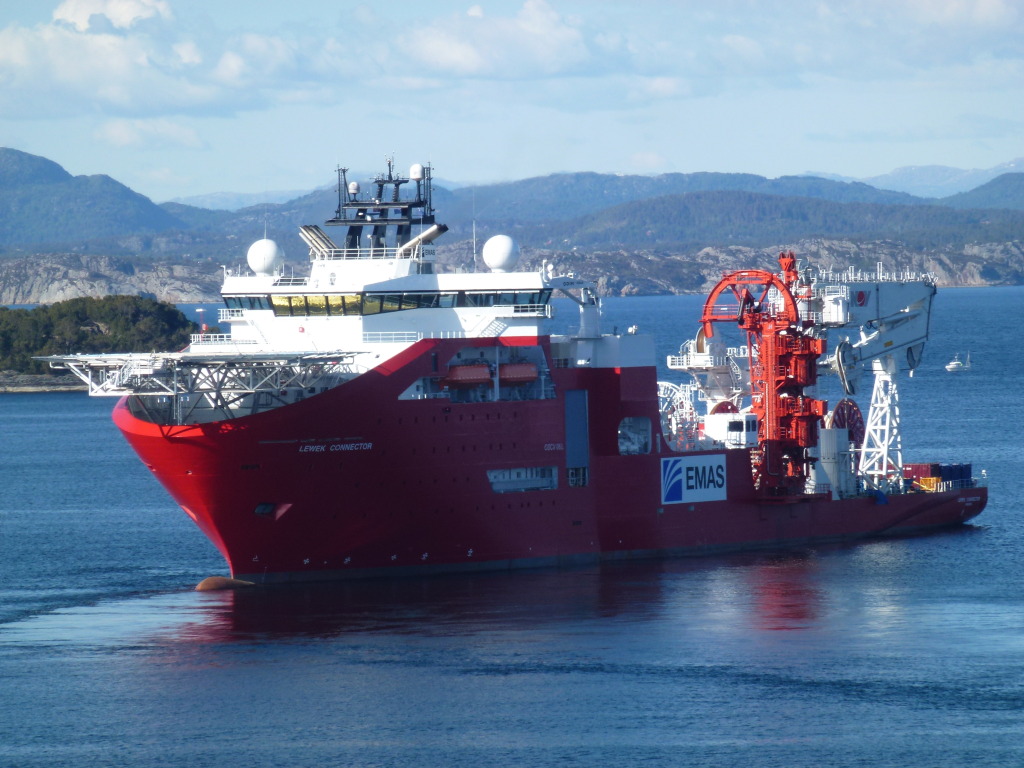