Chuanwei Zhang, Chairman and Chief Executive Officer of Ming Yang commented: “Our financial performance in the third quarter continued to improve over the previous quarter, with gross margin improving by approximately 2.9% and operating margin improving by 3.0%. Ming Yang intends to provide its customers with the best solutions in wind power generation through a range of customized products and services. We aim to deliver our products and services with higher power generation, higher efficiency and better reliability at lower cost of energy. We are glad that our new order intake during the third quarter was 302MW, including 123 units for our new 2.0MW WTGs, and we look forward to expanding our market presence in the 2.0MW plus WTG market in China.”

“During this quarter, we had formed a strategic partnership with Reliance Group of India which is a significant development of our overseas market strategy. We continue to work with key domestic players, including Huaneng Renewables and CGNPC, on wind power project development in China.  Again, this is testament to our commitment of offering superior products and services to our customers.”

Mr. Zhang concluded: “We continue to invest for the future, and we believe that our customized business model will continue to help Ming Yang capitalize on market opportunities both in China and overseas markets, and bolster its competitiveness despite challenging market conditions.”

Revenue in the third quarter of 2012 was RMB787.8 million (US$125.3 million), representing a decrease of 58.6% from RMB1,904.8 million in the corresponding period in 2011. WTGs for which revenue was recognized amounted to an equivalent wind power project output of 228MW, or 152 units of 1.5MW WTGs, compared to 555MW, or 370 units of 1.5MW WTGs, for the corresponding period in 2011. The decrease in revenue in the third quarter was primarily due to the overall weakened market demand for WTGs in China.

As of September 30, 2012, the Company installed 33 units of WTGs which were commissioned through its EPC program but the funding to the project developer was subject to final approval by local banks. As a result, in keeping with its revenue recognition policy, the Company did not recognize revenue of approximately RMB160.0 million (US$25.5 million) for these 33 units of WTGs during this quarter.

Selling and distribution expenses were RMB38.1 million (US$6.1 million) for the third quarter of 2012, compared to RMB61.4 million for the corresponding period in 2011, representing a decrease of 37.9%, primarily due to the decreased transportation expenses as a result of fewer number of WTGs deliveries, less bidding charges incurred due to less bidding activities and less share-based compensation expenses incurred during the period.

Administrative expenses were RMB59.3 million (US$9.4 million) for the third quarter of 2012, compared to RMB87.1 million for the corresponding period in 2011, representing a decrease of 31.9%, primarily due to the fact that there was a provision of receivables of RMB28.7 million in the third quarter of 2011 whereas there was a RMB4.7 million (US$0.7 million) provision in the corresponding period in 2012.

Research and development expenses were RMB23.4 million (US$3.7 million) for the third quarter of 2012, compared to RMB19.2 million for the corresponding period in 2011, representing an increase of 21.9%. This increase was primarily due to the fact that the Company is currently carrying out more wind turbine development projects, resulting in an increase in staff costs with more engineers employed, and higher material consumption and depreciation charges.

Total comprehensive income for the third quarter of 2012 was RMB4.9 million (US$0.8 million), compared to RMB88.4 million in the corresponding period of 2011.

New Sales Contracts – During the third quarter of 2012, Ming Yang entered into sales contracts for wind power projects with a total output of 302MW, representing 37 units of 1.5MW WTGs and 123 units of 2.0MW WTGs.

Note to the Financial Information

The preliminary unaudited consolidated statements of comprehensive income and consolidated statements of financial position accompanying this press release have been prepared by management using International Financial Reporting Standards, or IFRSs. This preliminary unaudited financial information is not intended to fully comply with IFRSs because it does not present all of the financial information and disclosures required by IFRSs.

Solely for the convenience of readers, certain Renminbi amounts have been translated into U.S. dollar amounts at the rate of RMB6.2848 to US$1.00, the noon buying rate in New York for cable transfers of Renminbi for U.S. dollars on September 28, 2012 as set forth in the H.10 weekly statistical release of the Federal Reserve Board. No representation is intended to imply that the Renminbi amounts could have been, or could be, converted, realized or settled into U.S. dollar amounts at such a rate or at any other rate. 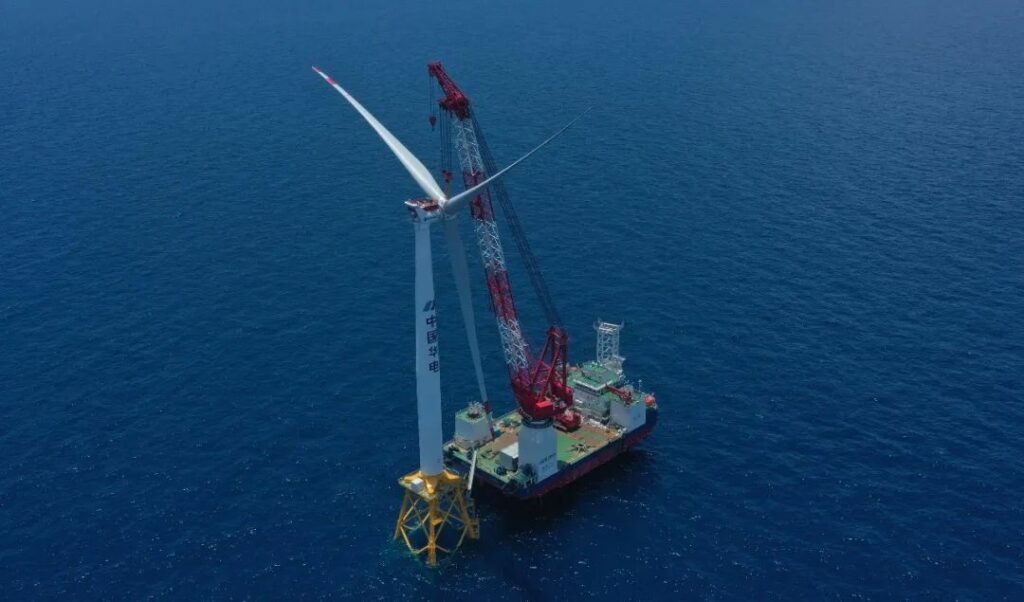