In the Annual Report for 2011, SeaEnergy’s Chief Executive and Chairman have described in some detail the changes made to the  strategic direction and governance of the Company. In this Interim Report, for the period to 30th June 2012,  SeaEnergy informs of a number of significant steps in the implementation of this new strategy.

The Tender Offer successfully returned nearly £7 million of cash to participating shareholders. Earlier this year, the Company indicated its intention to make a significant distribution and the method adopted, after reviewing the options, allowed shareholders the alternative of participating to receive cash or abstaining to see their percentage interest in the Company increase.

The operating strategy described in the Annual Report involves three strands: the acquisition of innovative, growing and complementary businesses, the development of a consulting  practice delivering value from the established reputation as “thought leaders”, and the operation of offshore wind farm Operations and Maintenance (“O&M”) support vessels and provision of related services. The Company has made significant progress on all of these fronts.

In addition, its distribution strategy is to divest legacy assets over time to allow shareholders to benefit directly from the realisable value.

On 24th August 2012, SeaEnergy announced the acquisition of Return to Scene Limited (“R2S”). R2S is an Aberdeen-based company which employs some 25 people. Over the past three years, the company has grown rapidly by deploying its unique and innovative Visual Asset Management (“VAM”) software and service to multi-national oil companies in the UK and around the world.

The VAM technology uses 360 degree spherical photographs taken by R2S operators on clients’ locations, including oil and gas platforms and vessels. These photographs are used as the basis for three-dimensional virtual models of client sites, and data can then be embedded, indexed and managed within these models.

This allows the client to achieve very significant improvements in the management of operations and maintenance information, which in turn can lead to improved uptime, lower costs and safer operations.

SeaEnergy believes that this service and technology can be applied in the renewables sector, particularly in offshore wind, and also that it complements SeaEnergy’s existing expertise in offshore wind farm operations and maintenance and in asset integrity for all offshore asset classes.

In recent years, R2S has grown turnover and moved into profitability developing a blue chip client list, including BP, BG Group, Chevron, Centrica, Total, Taqa and Technip. As part of the SeaEnergy Group, R2S will be able to increase its capability and market reach far faster than it could by itself. The Company plans to drive growth further and faster, by increasing levels of activity in the UK, by internationalisation with the existing blue chip clients and by broadening the services offered. In addition, it will capture the strong synergies between R2S and other Group activities.

R2S’s positive cashflow will make an immediate contribution to offsetting group costs and will allow the Group to move into profit in the near term as that business expands.

As announced on 25 September 2012, SeaEnergy has recruited Donald Brown as Head of Project Delivery, to lead the activities in this area. Donald has joined SeaEnergy after 22 years at Det Norske Veritas (“DNV”), the leading international classification society and independent consulting organisation, where he was involved in renewables, marine and oil & gas. His extensive experience will enhance and accelerate SeaEnergy’s capacity and reputation for thought leadership and innovative problem solving for clients across the energy sector. He has already secured the first contracts for SeaEnergy’s consulting activities.

Over the coming months, the Group will be securing additional consulting resources to develop this aspect of the business. It expects initially to focus its strategic consulting in the areas of operations, maintenance and asset integrity strategy management, before broadening the services further.

SeaEnergy has already identified synergies between the consulting activities, R2S’s Visual Asset Management and the operation and maintenance of offshore wind farms, and will begin to capture these over the coming months.

The market for vessels to provide accommodation and access for technicians working on offshore wind farms continues to develop, with strong and specific expressions of interest received from both wind turbine manufacturers and wind farm developers.

Over the past weeks, SeaEnergy has received a formal pre-tender Request for Information (“RFI”) from a turbine manufacturer for a project and notification of another RFI to be issued imminently, as well as enquiries from two others. The Company is also responding to a request for a full logistics scope, including vessels, logistics support, and O&M strategy from another turbine manufacturer and has other enquiries pending.

The SeaEnergy O&M solution is attracting significant attention from a number of interested parties and the Company believes that it is world leader in defining the industry standard in this sector.

SeaEnergy is currently compiling priced proposals including detailed commercial terms in response to the formal RFI, which it expects to lead to a full tender over the coming months.

SeaEnergy is now in advanced discussions with a major vessel owner and operator to finalise the scope of a Cooperation Agreement that will strengthen its offering in this area, combining the financial and operational capacity of its partner with SeaEnergy’s detailed designs, strategies and technical understanding of the requirements of offshore wind farm operators.

It remains SeaEnergy’s plan to realise the value of its legacy oil & gas assets over time and, unless compelling investment opportunities exist within the Group, to return a proportion of that realised value to shareholders.

The Company notes that Lansdowne Oil & Gas plc successfully raised £10 million in the markets earlier this year, and as a result, SeaEnergy’s holding has reduced from approximately 25% to just over 21%. The current value of this stake is £17 million per the closing mid market price quote on AIM on 27 September 2012 and has a historic cost net book value of £4.3 million.

The appointment of John Aldersey-Williams to Lansdowne’s Board, where his experience in generating and realising value from exploration assets will support Lansdowne’s current strategy, demonstrates the importance SeaEnergy attributes to maximising the value of these investments.

The recent appointments of Mike Comerford as Director of Operations and Donald Brown as Head of Project Delivery have strengthened the management team.

SeaEnergy has started to implement a coherent and deliverable business strategy, and has taken the first significant steps to generating sustainable shareholder value.

Two out of the three strands of the business are now in full operation: R2S is already contributing revenues and profits to the Group and it is working to identify and capture the synergies which arise through the integration of R2S; the consulting activities are also already generating cashflow, and the Company is identifying ways to generate benefit for other parts of the Group.

SeaEnergy’s participation in tenders in the coming months for offshore wind farm O&M vessels reflects its acknowledged expertise and thought leadership in this market.

SeaEnergy believes that its strategy can deliver sustainable growth in shareholder value through further development of trading activities and the return over time of a significant proportion of proceeds from legacy assets to shareholders.

Cash outflows from operating activities totalled £5.3 million (6 months to 30 June 2011: £2.3 million). The increase being largely explained by the payment of contractual bonuses associated with the disposal of SERL and associated employer’s national insurance totalling £3.3 million.

Cash inflows from investing activities totalled £2.4 million (6 months to 30 June 2011: £31.5 million), including £2.2 million from the disposal of SERL (6 months to 30 June 2011: £32.3 million). A further amount of £0.8 million remains due on the disposal of SERL and is the subject of a warranty claim which is in dispute between the Company and the purchasers of SERL.

Cash outflows from financing activities totalled £6,000 (6 months to 30 June 2011: £2.3 million) relating entirely to interest. The prior period figure included proceeds from derivatives £0.5 million, proceeds from borrowings £1.3 million, repayment of borrowings of £3.9 million and interest paid of £75,000.

“The first half of 2012 has seen the business build on some excellent foundations. With the new strategy in place the business has grown and we are now in a strong position for the future. We were particularly pleased to be able to return a substantial amount of cash to participating shareholders following the Tender Offer.

The business has developed its capabilities as an energy services company through the acquisition of R2S, the launch of a consultancy business, increased interest in our offshore wind farm O&M vessel and has strengthened the senior executive team. With all these in place SeaEnergy is clearly delivering on its defined strategy and we look forward to announcing further growth in the months to come.” 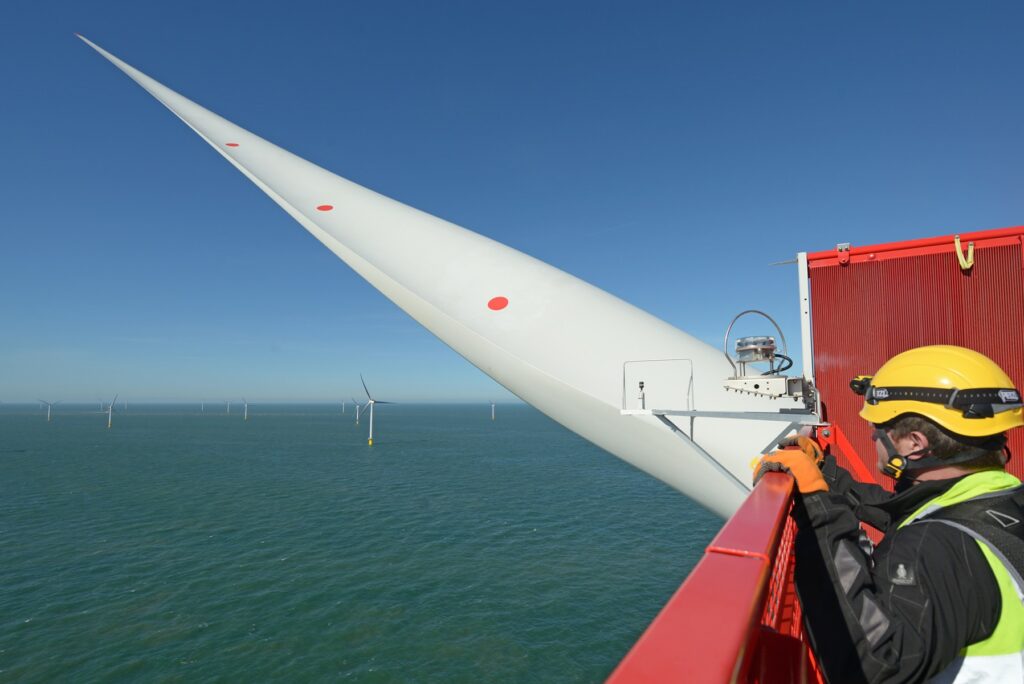