Jack-Up Barge has announced signing a multi-year charter agreement with the German BARD Group for Jack-Up Barge’s Self Elevating Platforms JB-115 and JB-117. The contract is valued at in excess of EUR 100 million. Both platforms will be deployed in the BARD Offshore 1 offshore wind farm – the largest German offshore wind farm to date. The JB-115 and JB-117 will assist in the completion of the 400MW wind farm, which is located some 90 kilometres northwest of the German East-Frysian island of Borkum.

The JB-117 newbuild is currently being outfitted at the Graha yard, where she was built and launched on 6 July 2011. According to schedule, the JB-117 will be transported to the Netherlands this October, prior to commissioning for her assignment off the Borkum shores. The JB-117 is Jack-Up Barge’s largest newbuild to date. Built to a GustoMSC type SEA-3250 design, the platform measures 75.9 m in length with a breadth of 40.0 m. The JB-117 is designed for a water depth of 50 m, a 4.0 m maximum wave height, a 1.0 m/s current and a wind speed of 25.7 m/s.

One of the platform’s main assets is without a doubt the Favelle Favco built 1,000 ton crane, with a maximum boom length of 97 m. Moreover, the newbuild offers BARD a free deck space of 2,500 m2. Having already been involved in offshore wind farm installations off the Belgian and German coast, Maarten Hardon comments on this particular contract for Jack-Up Barge: “To us this a relatively large contract and the JB-117 is very much the flagship. She is a very multifunctional unit.”

The initial contacts between BARD Group and Jack-Up Barge already date back to the summer of 2010, when they worked together on the installation of the BARD 1 transformer station for BARD Offshore 1, according to Jan Patrick Daniel. “At the end of last year we were looking for an opportunity for a barge helping us with the installations on BARD Offshore 1″, he says. “That is when we chartered the JB-115 for the installation of the turbine rotors.” Looking for a replacement for one of the installation vessels for which the charter ended, they again called on Jack Up Barge. “We worked with the JB-115. We know what their performance is like and we were very satisfied. Of course we did our calculations and we decided that economically and performance- wise this was the best way to exchange the unit.”

The project area for the BARD Offshore 1 wind farm in the North Sea covers approximately 60 km2. The water is around 40 m deep. The installation started in March 2010 and BARD will install 80 BARD 5.0 type wind turbines. Already sixteen wind turbines are connected to the grid, delivering approximately 80 MW. Once completed BARD Offshore 1 will be able to cover the energy needs of 400,000 households. The project is being supported by the European Commission in the framework of the European Energy Programme for Recovery (EEPR) with a grant of EUR 53.1 million.

BARD Holding GmbH is the BARD Group’s parent company. The group was founded in Bremen in September 2003, specialising in offshore wind farms. Its corporate objective also includes the acquisition of such projects, as well as their realisation and operation for its own account. The whole value creation chain in the area of electricity production from offshore wind power is now largely covered by companies in the BARD Group, covering manufacture and assembly, including offshore installation and maintenance of wind farms. 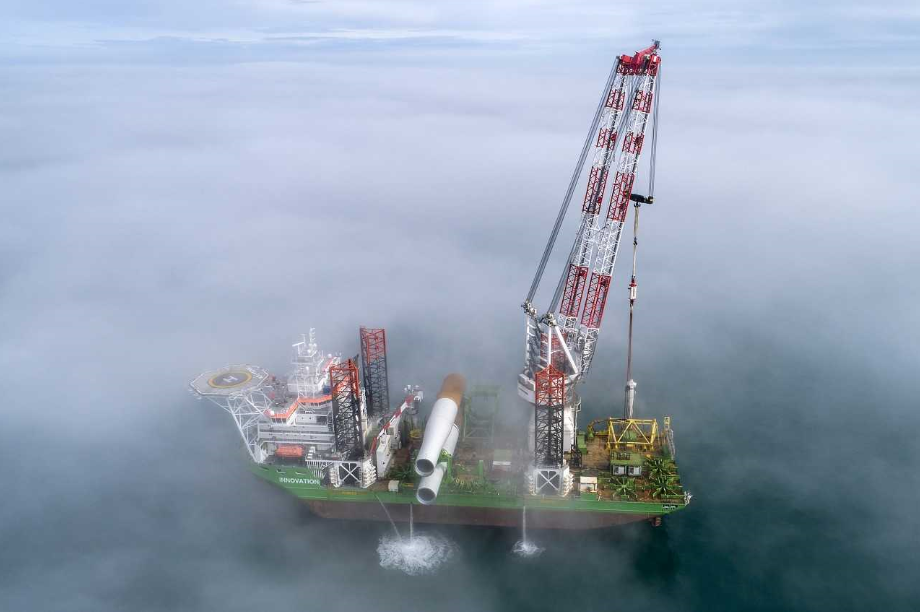