One year ago the last of the twelve turbines of alpha ventus was assembled – completing Germany’s first offshore wind farm. Since the gradual commissioning of the turbines, the offshore test field has fed some 170 gigawatt hours of climate friendly power into the national power grid and has already achieved an balanced EROEI (Energy Return on Energy Invested).

This pioneering project provides not only its operators EWE, E.ON and Vattenfall, but also the entire start-up Offshore Wind Energy industry with fundamental experience in the construction and operation of additional offshore wind farms planned for the North and Baltic Seas. According to plans by the German Federal Government, 10,000 megawatts of offshore wind power are to be installed by 2020, contributing to the supply of climate friendly energy in Germany. More obvious efforts and incentives are still needed to bring about this further expansion.

“With the alpha ventus test field, we have demonstrated that offshore wind power is also technically feasible in Germany – under the most challenging construction conditions in deep water far from the coast. Since being put into service, the twelve wind turbines have generated 170 gigawatt hours of electrical energy despite the first maintenance work offshore. Therefore, we consider alpha ventus to be a successful start to Germany’s offshore era,” sums up Dr. Jörg Buddenberg, Head of Energy and Environmental Engineering at EWE Energie AG, as he commends the excellent and dynamic cooperation between all parties. “More offshore wind farms must now quickly follow in order to create a truly competitive offshore industry in Germany, an industry that has been set into motion by the test field,” continued Buddenberg. The slow expansion of offshore wind power indicates that there is still insufficient confidence in the level of economic feasibility of these projects. That’s why, along with the KfW Bankengruppe’s vital offshore aid programmes, accompanying political measures are needed to improve the regulatory framework for offshore wind power projects. This point is underscored by a KPMG study on the economical situation of the offshore wind power sector in an international comparison.

“alpha ventus has encouraged us to press ahead with our follow-up projects in the German Bight,” says Sven Utermöhlen, CEO of E.ON Climate and Renewables Central Europe GmbH. “However, at alpha ventus we had to manage with offshore vessels and equipment from the oil and gas industry. For all already approved future offshore wind power projects in Germany, we need really adequate installation vessels that are specifically designed for water depths of over 30 metres and which are equipped with sufficiently high cranes.” The fast connection of offshore wind farms to the national grid is also of great importance. According to Utermöhlen, the complicated approval process puts too many restrictions on the grid operators and thus on the effective expansion of offshore wind power. The goal should be to help facilitate the rapid building of further offshore wind farms.

The initial findings of a comprehensive ecological research on the environmental impact of alpha ventus show that climate-friendly offshore wind farms with their fishing-free zones are as well quite nature-friendly. The foundation structures have developed into an artificial reef colonized by mussels, sea anemones, crustaceans and crabs. Further studies will show whether harbour porpoises will accept the wind farm as a natural habitat. Georg Friedrichs, CEO of Vattenfall Europe Windkraft GmbH: “We tried out technical solutions for limiting noise during the pile driving work at alpha ventus. These techniques require further refinement for use in future wind farms. The challenge will be to incorporate them into construction logistics.” Friedrichs also pointed out the constructive cooperation between the government, regulatory authorities, environmental research and assessment and the maritime industry at alpha ventus. The same pragmatic approach should be adopted for the presently being drafted new regulations for the construction of offshore wind farms. Nearly 30 wind farms have been approved in the North and Baltic Seas, most of which have been planned for many years while just a small number is actually about to be constructed. In the risky field of offshore construction, everything depends on planning security. During the further development of the offshore regulatory framework the overall goal of establishing a viable German offshore wind power industry with its first 5,000 megawatts installed offshore has to be kept clearly in mind.

Jörg Kuhbier, Chairman of the Stiftung Offshore-Windenergie (Offshore Wind Energy Foundation) congratulates all participants on the first anniversary of the installation of all twelve wind power turbines of alpha ventus. “This milestone in the further development of offshore wind power in Germany and Europe would not have been possible without the joint commitment shown by the government and regulatory authorities, by turbine manufacturers, suppliers, by the grid operator as well as by the operating consortium DOTI.” The Foundation made its contribution to this effort and will work to ensure that the experience acquired from the test field will be used in further commercial offshore projects off the German coast in the North and Baltic Seas. “We call upon the government to support the dynamic development of this young industry through appropriate measures, which will contribute to strengthening Germany’s national economy and its maritime industry,” concludes Jörg Kuhbier.

The operating consortium considers the pilot project’s positive ecological balance to be the finest birthday gift. According to a study by the Ruhr University, alpha ventus has already generated more electrical energy in its first operating phase than was spent in conventional power for its entire construction. The study’s author, Dr. Hermann-Josef Wagner from the Department of Energy Systems and Energy Economics (LEE) of the Ruhr University of Bochum, states, “Even taking into account all the energy and material expenses necessary for the fabrication, operation and subsequent dismantling, a kilowatt hour of electricity generated by the offshore wind farm is much more environmentally-friendly than is the case with the rest of the energy mix that currently comes out of the wall outlet.” 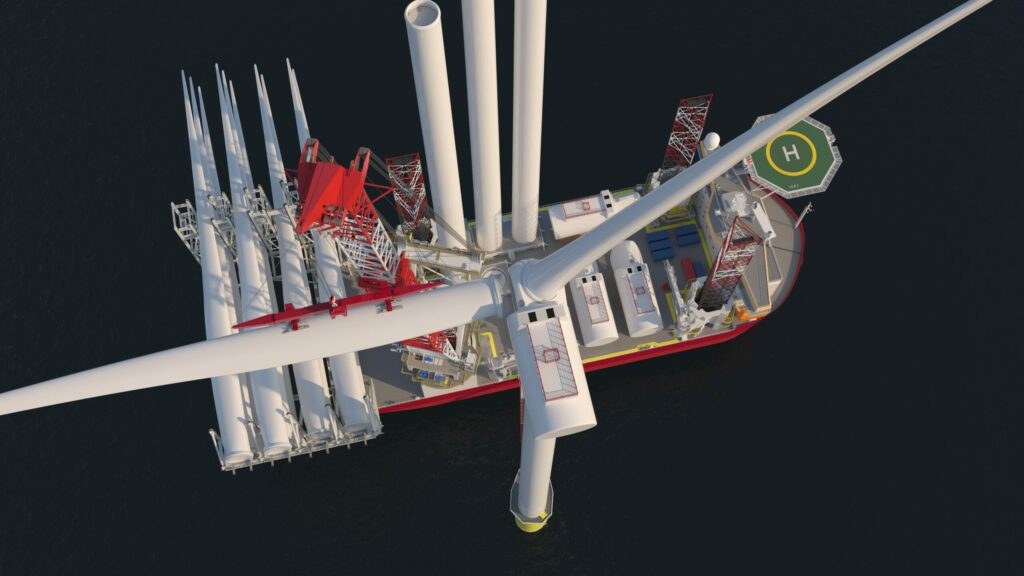