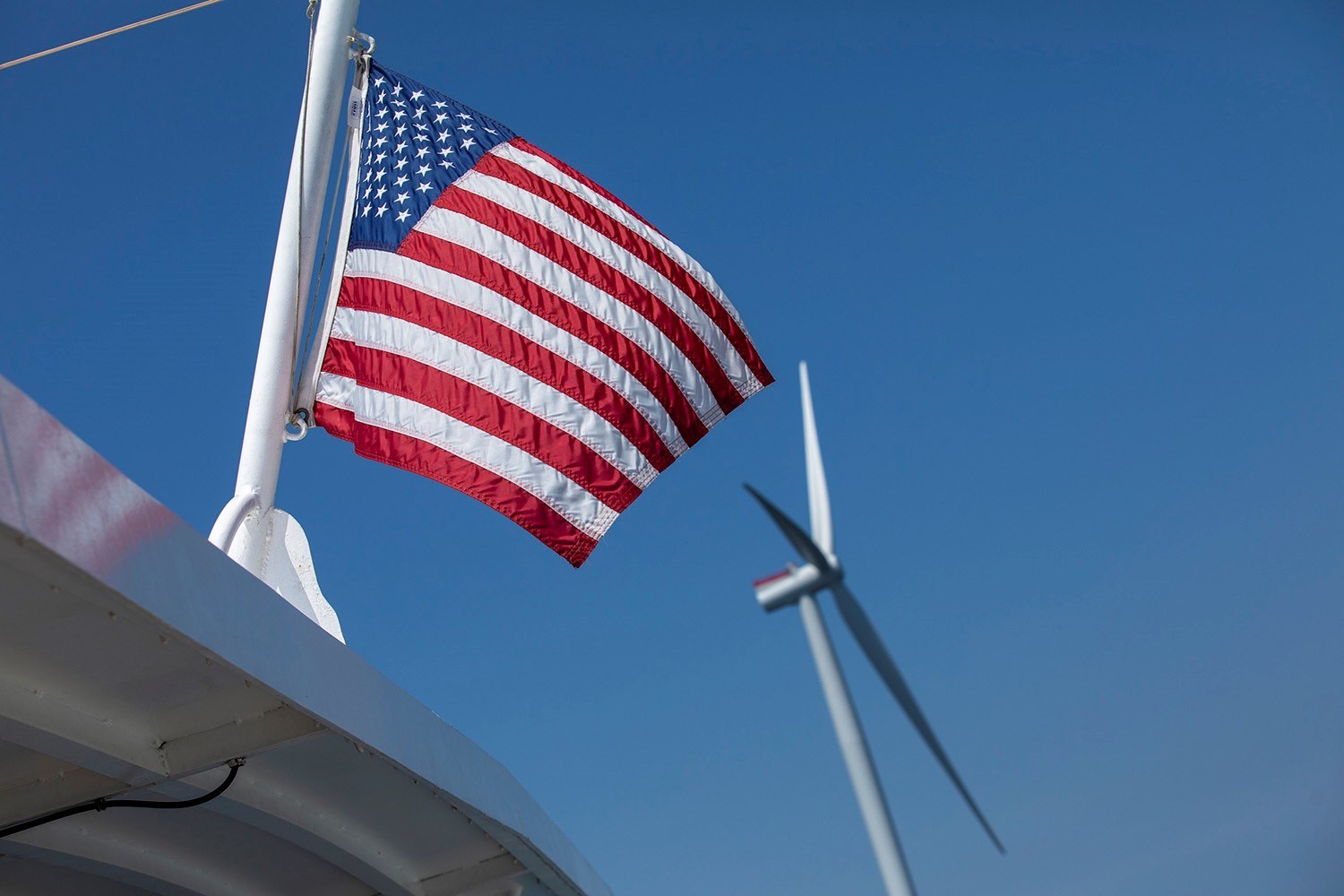 US Expanding Offshore Wind to Gulf of Mexico and Southern Atlantic

US President Joe Biden has announced that the Department of the Interior is advancing the development of offshore wind areas in the Gulf of Mexico and the Southern Atlantic.

These areas cover 700,000 acres and have the potential to power over three million homes, President Biden said in his remarks on actions to tackle the climate crisis.

President Biden is also directing the Secretary of the Interior to advance wind energy development in the waters off the mid- and southern Atlantic Coast and Florida’s Gulf Coast, in a move to alleviate ”uncertainty cast by the prior Administration.”

President Biden made the remarks during a visit to Brayton Point in Massachusetts, a former coal power plant that is now being turned into a subsea cable manufacturing facility to support several offshore wind projects on the US East Coast, including Commonwealth Wind, Park City Wind, and Vineyard Wind 1, America’s first large-scale offshore wind farm.

During the event, President Biden outlined a series of actions to advance the US offshore wind industry and promote climate resilience while also creating jobs and lowering energy costs for families.

The President emphasized the importance of offshore wind, including Vineyard Wind 1, a joint venture project between Avangrid and Copenhagen Infrastructure Partners, as critical to meeting the United States’ climate goals, and highlighted the role of American utility companies, like Avangrid, in advancing the innovation and grid modernization needed to support the clean energy economy of the future.

”President Biden’s actions today will help drive development of the emerging offshore wind supply chain by unlocking much-needed workforce expertise, resources, and infrastructure in the Gulf of Mexico and giving traditional energy workers opportunities to transition to new, good-paying jobs. Repealing the ban on leasing in the Atlantic will also lay the foundation for realizing this industry’s long-term economic benefits,” Liz Burdock, CEO and founder of the Business Network for Offshore Wind, said in response to President Biden’s visit to Brayton Point and the announcements made.

‘‘Together with the Biden Administration’s federal-state partnership to grow the offshore wind industry launched last month, the Network is supporting the development of National Offshore Wind Supply Chain Roadmap that will help create local supply hubs and ensure the future of American-made clean power is built here at home.”

In response to President Biden’s call to advance offshore wind development in the Gulf of Mexico and Southern Atlantic, the Bureau of Ocean Energy Management (BOEM) is now seeking input on the identification of two potential wind energy areas (WEAs) in the Gulf of Mexico (GOM) Outer Continental Shelf (OCS).

The first draft WEA is located approximately 24 nautical miles (nm) off the coast of Galveston, Texas. The area for review totals 546,645 acres and has the potential to power 2.3 million homes with clean wind energy.

The second draft WEA is located approximately 56 nm off the coast of Lake Charles, Louisiana. The area for review totals 188,023 acres and has the potential to power 799,000 homes.

The two draft WEAs represent a subset of the original 30-million acre Gulf of Mexico Call Area that the Department of the Interior announced for public comment in October 2021.

Public comments on the draft WEAs will be accepted for 30 days beginning 20 July 2022.

”BOEM used the most current scientific data to analyze 30 million acres in the Call Area to find the best spaces for wind energy development. We are invested in working in partnership with states and communities to find areas that avoid or minimize conflicts with other ocean uses and marine life in the Gulf of Mexico,” said BOEM Director Amanda Lefton.

”We are committed to a transparent, inclusive and data-driven process that ensures all ocean users flourish in the Gulf.”

During the comment period, BOEM will hold two virtual public meetings where the public can learn more about the environmental review process. There will also be an opportunity for participants to ask questions and provide comments on the draft EA.

By 2025, the Interior Department plans to potentially hold up to five additional offshore lease sales and complete the review of at least 16 plans to construct and operate commercial, offshore wind energy facilities, which would represent more than 22 gigawatts of clean energy for the nation.