Deep Blue Pacific Wind’s nomination was submitted in response to the Bureau of Ocean Energy Management’s (BOEM) official Call for Information and Nominations to assess commercial interest in, and obtain public input on potential wind energy leasing in federal waters off the coast of Oregon.

”The next great frontier of renewable energy is floating offshore wind and with some of the best resources available, Oregon has the potential to be a global leader,” said Oregon renewable industry veteran and Deep Blue Pacific Wind’s President Kevin Banister.

”Floating offshore wind can power millions of homes and create thousands of jobs while maintaining the integrity of Oregon’s marine industries and coastal communities.”

The US Department of Interior has identified approximately 1,800 square miles off Oregon’s southern coast near Coos and Curry Counties, which present the greatest potential for floating offshore wind due to strong wind speeds and accessibility.

”We believe floating offshore wind is good for Oregon’s future and can bring permanent jobs and new industries to towns along the coast and beyond.”

Deep Blue Pacific Wind said that floating offshore wind was a critical piece of the US federal government’s goal of reaching 30 gigawatts of power from offshore wind by 2030.

”The Pacific Northwest has some of the highest potential for floating offshore wind,” said Lauren Spence, Vice President of Deep Blue Pacific Wind.

”We look forward to continuing to work with local stakeholders and BOEM in this promising market.”

The floating wind technology is also said to offer new opportunities and advantages such as access to deeper water further from the coast, where winds are stronger and more consistent, creating more energy; less disruption to local ecosystems and other marine industries; and rapidly falling costs.

”The clock is ticking here in Oregon to develop scalable solutions to reach our state’s net zero goal,” Banister said.

”Floating offshore wind is our largest, untapped renewable resource and we are ready and able to change that.”

As part of its years-long process, BOEM continues to collect input from state and local governments, tribes and commercial and recreational fishing industries and fund environmental and technical studies to collect information on marine wildlife. Deep Blue said it was also working with similar stakeholders as plans for floating offshore wind move forward. 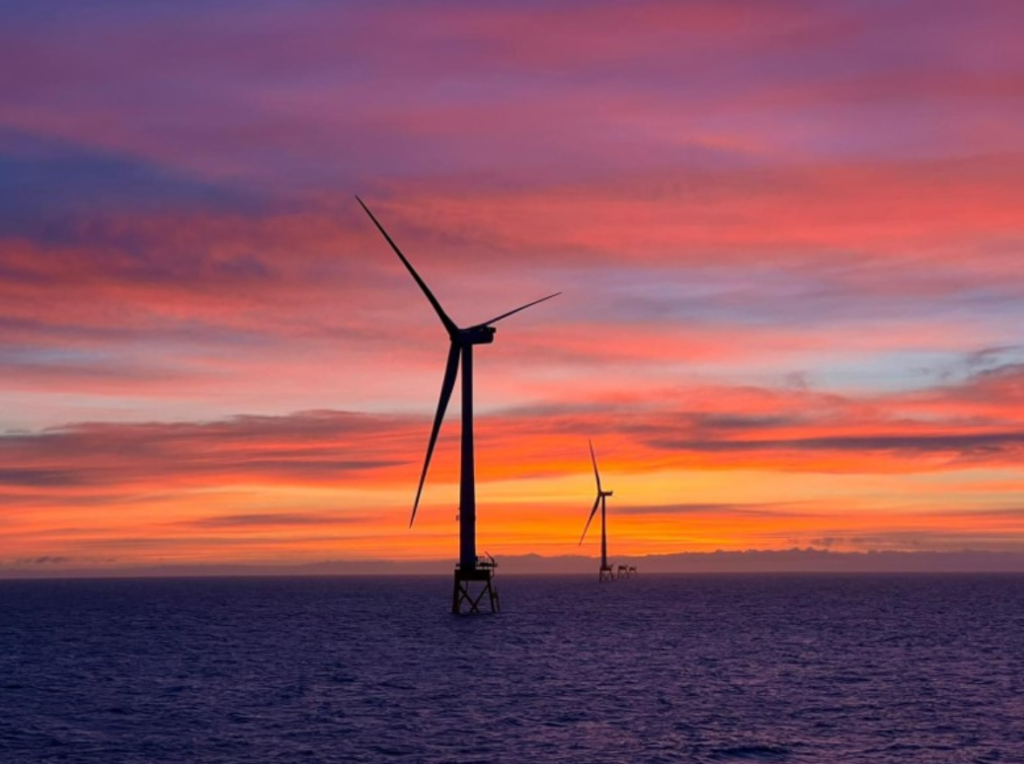