Havfram intends to become one of the future leaders in the electrification market for oil and gas production assets through offshore wind developments, the company said on 2 March, a little over a year after changing its name to reflect its increased commitment to offshore wind.

The company said it had identified oil and gas electrification as one of the next big Power-to-X offshore wind markets and that it was developing a low-cost offshore wind solution specifically designed for electrifying offshore oil and gas facilities.

“Our strong expertise in O&G, teamed with our growing technical capabilities in offshore wind, is the perfect combination of skills required for O&G electrification projects. Furthermore, we see the demand for electrification increasing globally and are positioning ourselves to meet this demand”, said Odd Strømsnes, CEO at Havfram.

With over 1,500 active offshore oil and gas platforms globally, requiring between 30 MW and 80 MW of power each, the size of the market for electrification is significant, according to Havfram, which highlighted the active promotion of oil and gas asset electrification by the governments of Norway and Scotland.

In December 2020, the company changed its name from Ocean Installer as part of its commitment to offshore wind and established three business areas: Hav Dyp, Hav Vind and Hav Kraft.

In September 2021, Havfram announced it would place an order for a semi-submersible jack-up vessel with a capability of installing 20 MW+ wind turbines.

Two months later, and in cooperation with institutional investors advised by J.P. Morgan Global Alternatives, the company signed a letter of intent with China’s CIMC-Raffles shipyard to build a series of next-generation wind turbine installation vessels, first of which are scheduled for delivery in 2024.

Havfram is also part of a consortium comprising RWE and NTE, which will compete for a floating wind lease at the Utsira Nord site in Norway. 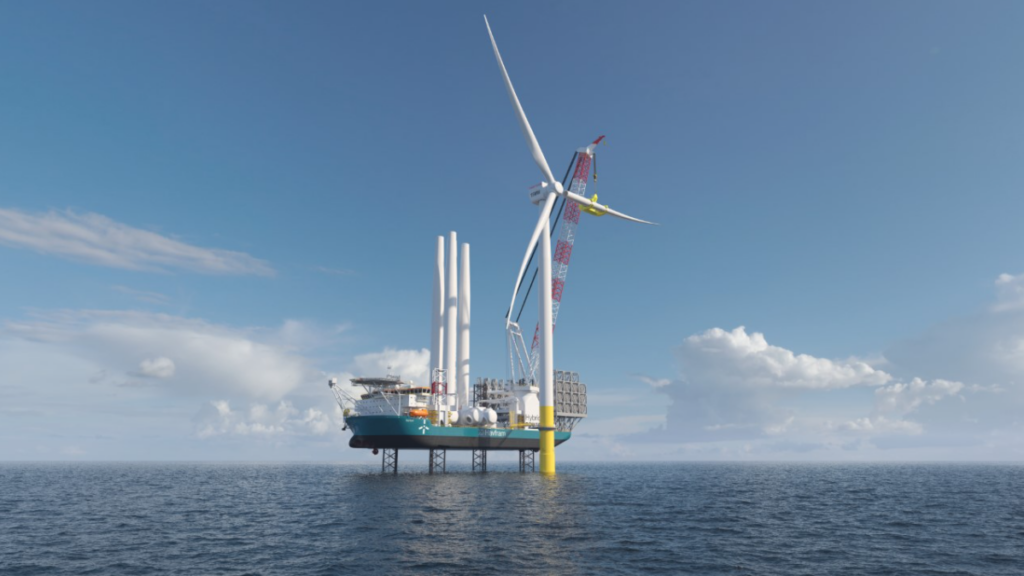