UK to Hold Yearly Contracts for Difference Auctions from 2023 Onwards

The UK government will increase the frequency of auctions for funding through the Contracts for Difference (CfD) scheme to every year rather than every two years.

The change kicks in from March 2023 when the next CfD round opens, the Department for Business, Energy & Industrial Strategy (BEIS) said.

CfDs are the UK government’s primary method of supporting renewable energy, driving down the cost of technologies and playing an important role in leveraging GBP 90 billion of private investment by 2030, BEIS said.

The auction scheme has already proved successful at bringing down the per unit price of offshore wind by around 65 per cent since the first auctions were held.

In the last allocation round, new contracts were awarded, with the potential for nearly 6 GW of further capacity.

Increasing the frequency of auctions is expected to give more projects the opportunity to enter the system, helping to scale-up the UK’s supply of renewable energy and to support the country’s long-term energy security.

”We are hitting the accelerator on domestic electricity production to boost energy security, attract private investment and create jobs in our industrial heartlands,” the UK’s Business and Energy Secretary Kwasi Kwarteng said.

”The more clean, cheap and secure power we generate at home, the less exposed we will be to expensive gas prices set by international markets.”

Increased CfD round frequency is said to underline the UK government’s commitment to accelerate low carbon electricity generation to achieve a fully decarbonised electricity system by 2035.

”We need build up to 4GW of new offshore wind capacity every year to stay on track for net zero, which means quadrupling our current annual rate. Similar increases in onshore wind, solar and other clean power sources are vital too, as well as ramping up the roll-out of innovative technologies like floating wind, green hydrogen and marine power,” Dan McGrail, Chief Executive of RenewableUK, said.

CfDs are 15-year private law contracts between electricity generators and the Low Carbon Contracts Company (LCCC), a government-owned company that manages CfDs at arm’s length from the government.

Contracts are awarded through a competitive auction, with the lowest price bids being successful.

Since they began in 2014, the CfD auctions have supported around 16 GW of new low-carbon electricity capacity, including 13 GW of offshore wind.

”Annual auctions are a welcome signal to renewable investors and developers that the Government remains committed to rapidly increasing the UK’s offshore wind capacity, something which is urgently needed to help our energy security and to combat climate change. Unleashing renewables will be good for the UK economy, create jobs and is the long-term answer to the energy price crisis,” Danielle Lane, UK Country Manager at Vattenfall and Co-Chair of The Offshore Wind Industry Council (OWIC), said.

”The reassurance which developers have been given today could be further strengthened by reducing the level of upfront risk that investors have to take here compared with other countries. A single agency for offshore wind development to coordinate leasing, consents and vital issues such as grid connection and environmental protection – similar to the role the Oil and Gas Authority plays for that sector – could drastically reduce the time and complexity involved in developing offshore projects.” 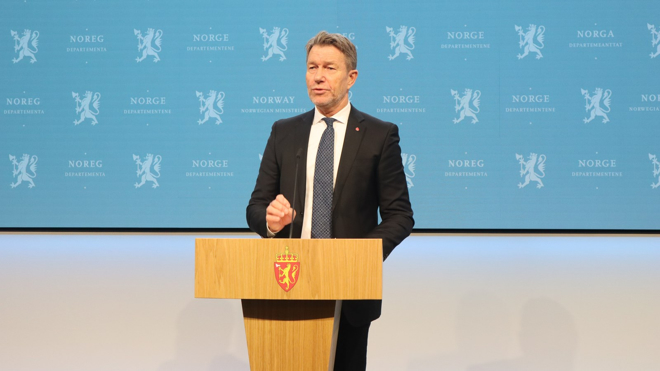