Norway-based energy data and intelligence provider, TGS, has expanded its coverage of numerical weather prediction (NWP) model data to include areas in the New York Bight, and will add the NWP model into a comprehensive atlas of public and proprietary wind data resources.

The wind energy model, produced in collaboration with Vaisala, covers a 400,000-square-kilometre area off the East Coast, extending from Massachusetts to North Carolina, and was selected to inform and enhance wind resource assessment in the New York Bight Proposed Sale Notice (PSN) areas.

The model results have been validated by publicly available measurements, including but not limited to Floating LiDAR data, and will be further enhanced with proprietary measurements later this year, according to TGS.

“Wind developers and other industry stakeholders can compare their assessment of New York Bight areas with wind conditions over existing leases in their portfolio using this expansive high-resolution volume. This capability facilitates a baseline for future validation and post-award analysis”, TGS said.

The US Department of the Interior announced a proposed sale for offshore wind development on the Outer Continental Shelf (OCS) in the New York Bight in June.

If approved, offshore wind development in the areas included in the PSN could encompass up to eight lease areas totaling over 627,000 acres, with the potential to generate over 7 GW of wind energy.

Last month, BOEM also announced that it was considering a lease sale for the Wilmington East wind energy area located in the Long Bay, offshore North and South Carolina. 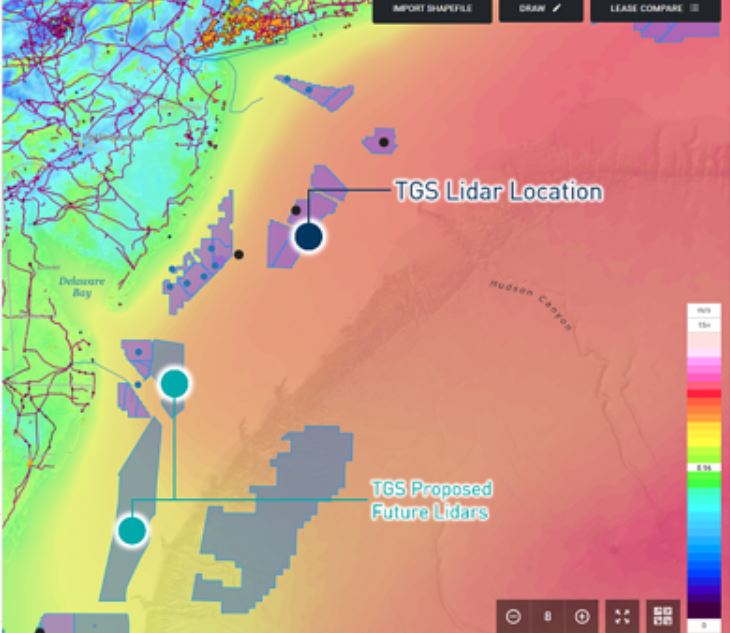