DNV will lead the process safety study to identify the main environmental, safety and operational risks for the world’s first offshore green hydrogen production facility, which will be put into operation next year in France.

The risks DNV will be investigating include the floating barge, fuel cells and hydrogen production. A regulations and standards review will also be included as part of the study.

“This is potentially a watershed project, one we are excited to be supporting during the FEED stage. Proving the safety of such activities, particularly with new technologies, to gain acceptance and move them closer to adoption, is vital for the industry and stakeholders”, said Santiago Blanco, Executive Vice-President and Regional Director Southern Europe, MEA and LATAM, Energy Systems at DNV.

The project will be set up by French renewable hydrogen project developer Lhyfe, and the French engineering and research centre Centrale Nantes, in collaboration with Chantiers de l’Atlantique, who will install the electrolyser on GEPS Techno’s floating platform at the SEM-REV site and connect it to various marine renewable energy sources, including the Floatgen floating wind turbine.

Along with the first offshore green hydrogen facility, Lhyfe and Chantiers de l’Atlantique are said to be working on a detailed design for an offshore hydrogen production platform with a capacity ranging from ten to several hundred megawatts, which could be built in Saint-Nazaire as early as 2024. 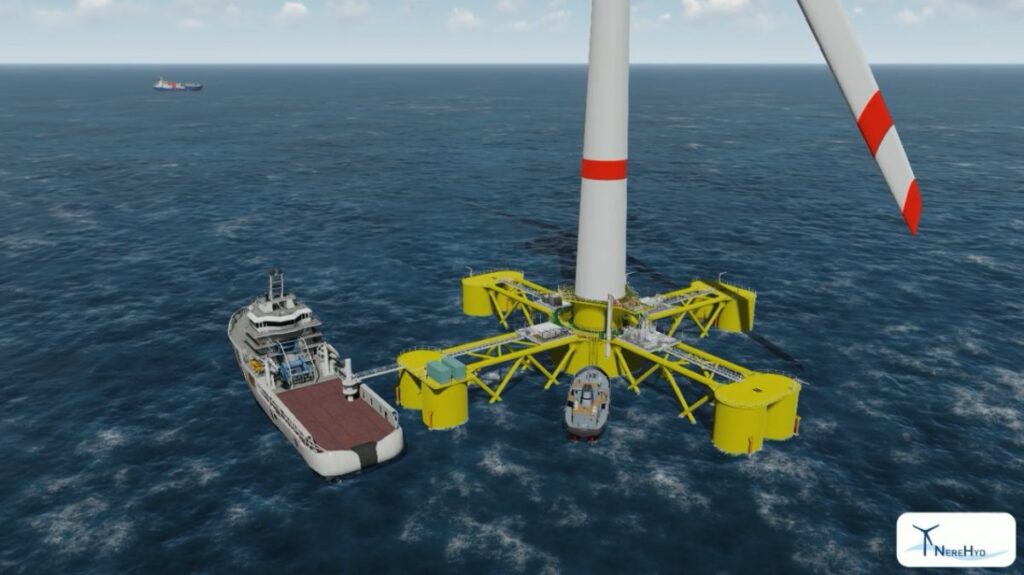