XOCEAN has completed a survey at the Hornsea One offshore wind farm in the UK, using its uncrewed surface vessel (USV).

The USV conducted the offshore operation in three-and-a-half-days, mobilising from Bridlington Harbour in Yorkshire. The vessel was launched and recovered from shore, 120 kilometres from the offshore surveying location.

The USV was slipway launched in Bridlington from where it was accompanied out of the harbour with an operator on a support vessel steering the USV using a remote manual controller.

Once clear of the harbour environment, control was handed over to a team of remote USV Pilots based in XOCEAN’s control room in Ireland. Via a broadband satellite connection, the USV Pilots managed both the USV navigation and the survey system control until the vessel returned to Bridlington.

The survey was performed to demonstrate the ability of the company’s XO-450 USV platform to monitor scour around wind turbine foundations and the cable depth of burial of inter-array cables.

“The USV completed the survey activities in site conditions of up to 1.9m max wave heights, providing accurate and high-resolution seabed data from both the sensors mounted on the USV, in 30m water depth“, XOCEAN stated.

Back in January 2020, the USV carried out survey work at the Greater Gabbard offshore wind farm, located 23 kilometres off the UK coast, representing a first operation of this kind in the offshore wind sector. On Greater Gabbard, the XO-450 USV conducted seabed surveys on seven of the project’s 140 turbines. 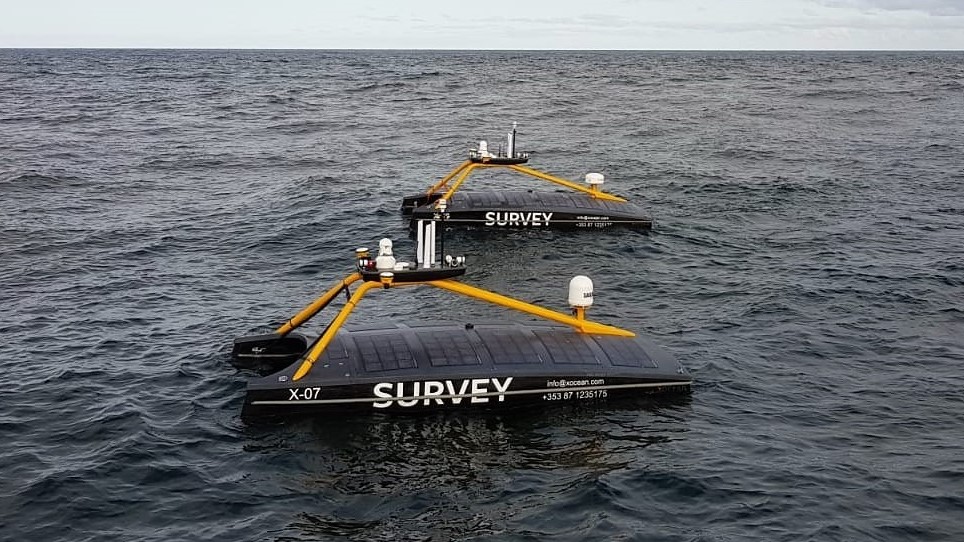