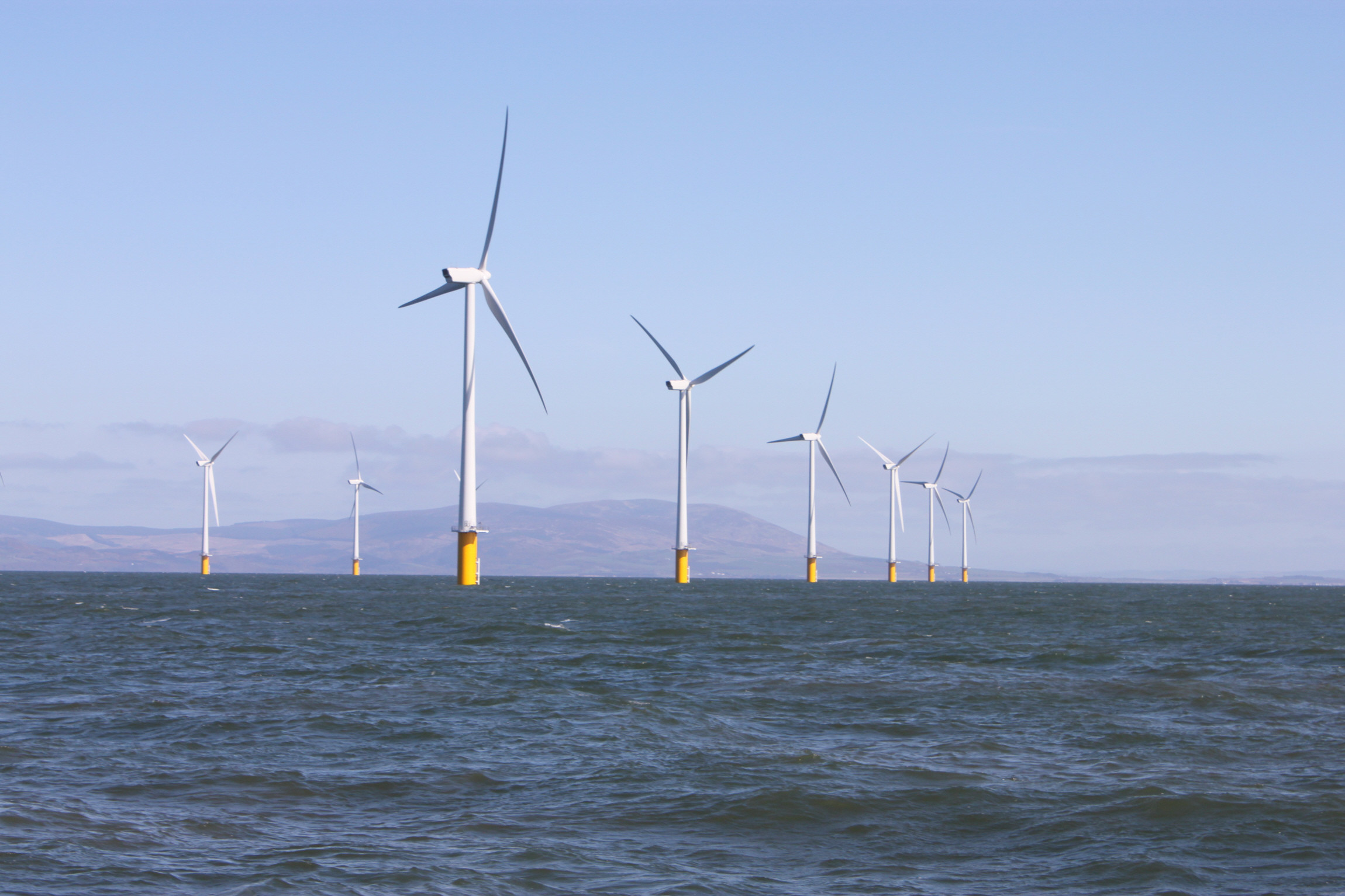 The following article is a guest post by Peter Thompson, East Asia Energy Leader at Arup, a global engineering and consultancy company. The article discusses the growing offshore wind sector in Asia, applying and refining lessons learned from Europe, as well as the region’s potential in floating wind.

Asia’s offshore wind market is expected to grow rapidly over the next decade, with Taiwan anticipating 10.5 GW of new installations, Korea 7.9 GW, Japan 7.4 GW and Vietnam 5.2 GW. As the region seeks to fast-track its offshore wind installation, should it be following in Europe’s footsteps?

After all, Europe has shown that offshore wind can provide utility-scale renewable electricity as cheaply as combined-cycle gas turbines and other well-established forms of generation. Asia certainly has the opportunity to emerge as a powerhouse of offshore wind, but it won’t get there just by emulating what Europe has done.

Some approaches used in Europe can be adopted and improved for the Asian market outside China. Equally, there’s a lot for Asia to gain from working with European contractors; the European industry has pioneered offshore wind technology such as large-scale turbines, subsea cabling, offshore foundations and installation vessels, as well as commercial and finance systems.

However, crucial geographical and cultural differences must be taken into account – and for some of these there is no substitute for locally available expertise. In late 2016, a change in Japan’s Ports and Harbour Law enabled offshore wind farm developers to build in water zones close to existing ports. This led to the development of the country’s first ever large-scale commercial offshore wind farm close to the Akita and Noshiro Ports in the Akita prefecture.

Arup worked as the EPC contractor’s designer for this project which required the first ever approval for an offshore wind farm by the local statutory checking authority for the region, Class NK, for which expertise on the ground proved vital in steering the project through the process. Arup’s local and international teams worked successfully in paving the way to establish accepted design processes that will be followed on all subsequent projects.

The procurement approach taken in Europe has room for improvement and Asia is in the process of taking on board the best of the lessons learned and refining them to the local practices. China, Taiwan, Japan and Korea have moved quicker than Europe from feed-in tariff schemes to an auction process or renewable energy certification system. This will encourage more competitive supply chains to develop sooner.

In Europe, local consultants, designers and contractors developed supply chains through organic growth to service the work locally. The open market meant they faced minimal encroachment by non-European companies. Asia, on the other hand, is free to involve experienced European consultants and contractors, who can enable the local supply chain to develop its own skills faster through technology transfer.

The first in the region to act on a commercial scale, Taiwan encouraged many established European contractors to join its auctions independently. The aspiration: to develop, through compulsory engagement with local manufacturers and suppliers, a local supply chain capable of serving not only the Taiwanese markets but also the rest of Asia. It’s an approach that offers the best of both worlds and is proving very successful already.

Although Japan and Korea have well established contracting bases, with the necessary knowledge, experience and equipment to undertake large-scale infrastructure projects, they lack experience in offshore wind. For this reason, a pragmatic approach based on alliancing with established European contractors is seen as the best way to learn quickly. These alliances have been formed and are preparing for the initial auctions.

These consortia and other players will face technical challenges not encountered in Europe – including typhoons, high seismicity and challenging ground conditions. They are challenges that will require new methods of analysis and stronger structures to overcome.

Requiring no piles and no specialised installation vessels, gravity-based structures maximise the use of both local labour and materials. They have the potential to be an attractive option for many locations in Asia.

Take monopiles, for example. These foundations are used for 90% of European developments because of their low cost (thanks to their simplicity of fabrication and construction) and their ability to be hammered or vibrated deeply into seabeds consisting of either sand, silt, medium to hard clays – or a mixture.

But many of the most promising areas in Asia do not have such competent seabed stratum. They are instead characterised by soft marine clays, hard volcanic and sedimentary rocks, deep faulting, seismic activity and loose deposits with liquefaction potential.

This means that certain situations may require alternative foundation systems – including piled jackets, suction buckets or even self-installing gravity-based structures. Requiring no piles and no specialised installation vessels, gravity-based structures maximise the use of both local labour and materials. They have the potential to be an attractive option for many locations in Asia.

As well as seabed conditions, there is also the fact that Asia has limited availability of shallow water depths less than 50 metres, most of which is located very close to shore. This could see the advent and rapid development of commercial scale floating offshore systems, especially in the waters around Japan, Korea and Taiwan.

Floating offshore wind is one area where Asia’s wind industry could develop to compete with, and even surpass, Europe.

With the passing of further legislation by the Japanese parliament in 2018, the development of offshore wind in deep water and other areas outside ports and harbours is now allowed. This has opened the market substantially as ports and harbours cover just 1.5% of Japan’s territorial waters. Floating offshore wind could contribute to making the most of this potential.

Indeed, floating offshore wind is one area where Asia’s wind industry could develop to compete with, and even surpass, Europe. The region has a track record, developed in areas such as automotive manufacturing, of producing technology that improves upon current solutions by making them cheaper and more efficient on a commercial scale. These factors are key to the successful development and adoption of floating offshore wind.

Whatever the technical solution, local expertise will be key. At Arup, we’re seeing clients across Asia looking for sophisticated engineering skills for their offshore wind projects, to cater for local conditions. They want expertise in areas such as advanced soil-structure interaction analysis, hydrodynamic interaction analysis as well as seismic and extreme wind and wave assessments and modelling.

Having seen that the market is progressing rapidly, we’ve invested in building our capability locally – because we firmly believe that marrying the best of European experience with Asian opportunities and local expertise is the right approach to unlock a market expected to reach 100 GW of installed capacity by 2030.

With this approach, there is tremendous opportunity for Asia to emerge as a powerhouse of offshore wind. And that can only be a good thing for the world as a whole. 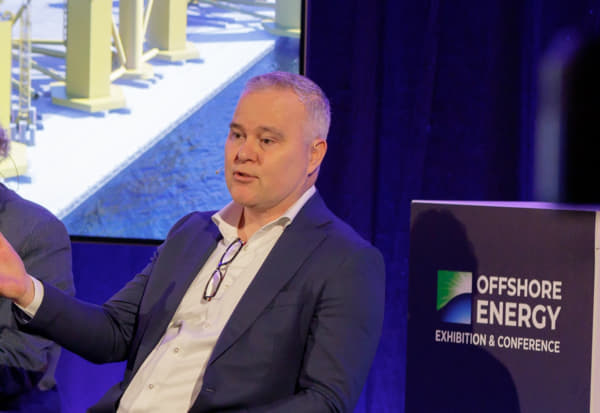 Floating Offshore Wind Could Be Bigger Than Fixed-Bottom by 2050, But There Is Catching Up to Do in Supply Chain
Posted: about 1 month ago
Shell and Hexicon Pick Vestas 15 MW Turbines for Large-Scale Floating Wind Project
Posted: 2 months ago
Zero Investments in Offshore Wind Farms in Europe in 2022 – WindEurope
Posted: 1 day ago
Advertisement
Partner