Advertisement
Back to overview
May 3, 2019, by Adnan Durakovic

Bay State Wind, a joint venture between Ørsted and Eversource, has partnered with the Connecticut Port Authority and terminal operator Gateway to prepare State Pier in New London for the coming offshore wind projects in New England. 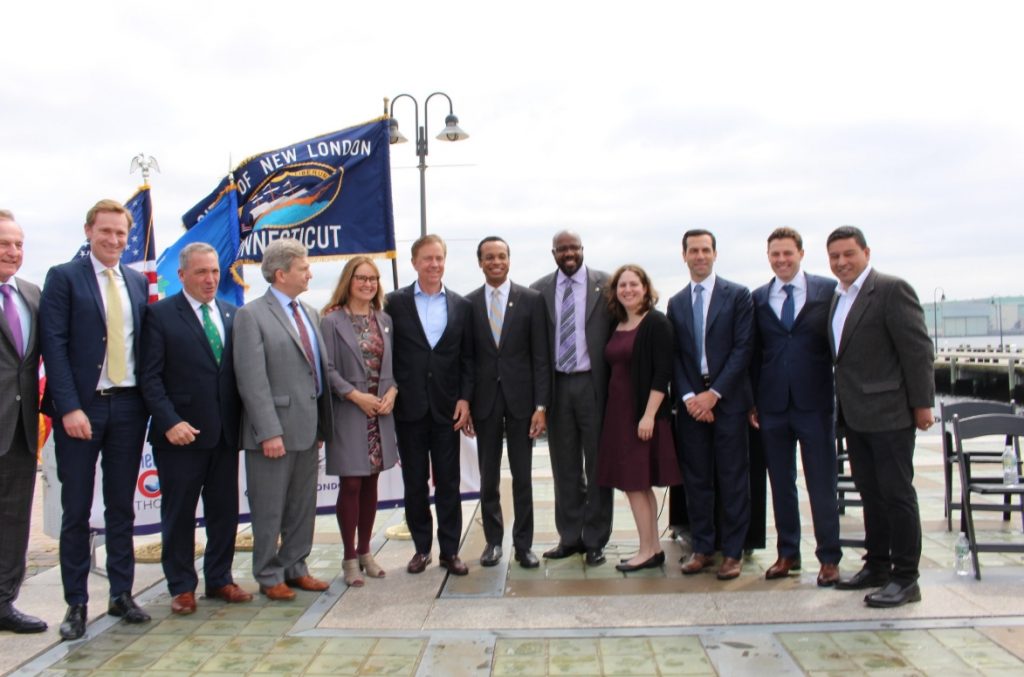 The new partnership has committed to a public-private investment of USD 93 million to upgrade State Pier’s infrastructure and heavy-lift capability.

The State Pier harbor development plan calls for a two-phased effort at State Pier. First, a three-year development project will upgrade the facility infrastructure to meet the heavy-lift requirements of Ørsted and Eversource’s offshore wind components. Second, following the successful completion of the project, Ørsted and Eversource will enter into a ten-year lease agreement granting their joint venture the use of State Pier for wind turbine generator assembly and staging.

“This new public-private partnership reaffirms the unwavering commitment of the state to increase procurement of offshore wind and make the economic expansion of our maritime economy a reality. We look forward to working with our new partners to position Connecticut as a leader in the offshore wind industry and expand economic opportunity throughout the region,” Connecticut’s Governor Ned Lamont said.

Construction is tentatively scheduled to begin in January 2020 following bid solicitation and permitting. It is expected to be finished in March 2022. Upon project completion, Ørsted and Eversource will enter into a ten-year lease agreement with an option to extend for seven years.

“We look forward to continue working with the state, the City of New London and our partners the Connecticut Port Authority and Gateway Terminal, as we drive towards a green economy, bring more sources of clean energy to Connecticut, and ultimately lower carbon emissions for our planet.”

Bay State Wind is developing Connecticut’s first offshore wind farm as part of the Revolution Wind project. The wind farm will have a capacity of 300MW and is expected to be commissioned in 2023, subject to permitting, securing power purchase agreements, and final investment decisions.

Offshore Wind for Territories Act Goes to US Senate