Nexans has commenced the first installation campaign of two export cables for the Beatrice offshore wind farm. The project’s notice to mariners states that the works have been set to start around 28 September.

According to AIS data of Nexans cable laying vessel Skagerrak, the vessel departed from the Peterhead port on 27 September and is on the way to the construction site, currently reported to be in the waters near Buckie.

The works on the first export cable (EC1) will start with the pull-in and laydown of the first 33km section of the cable from the nearshore area close to Portgordon.

Prior to this work, Skagerrak was deployed on the lay down and wet storage of approximately 1km of the EC2 export cable.

Nexans is in charge of producing and installing around 69km of buried subsea cable from the wind farm due south to a landfall point to the west of Portgordon on the Moray coast. There are two lengths of cable that form two circuits, resulting in around 140km of cable in total.

Offshore construction at the 84-turbine Beatrice site is progressing with other segments as well, with 24 jacket foundations already installed and piling works nearing completion.

The 588MW wind farm will comprise Siemens 7MW turbines and two Siemens Offshore Transformer Modules (OTMs), all placed on top of jacket foundations. The first wind turbines are scheduled to be installed in summer 2018, with the wind farm expected to be commissioned by the end of 2019. 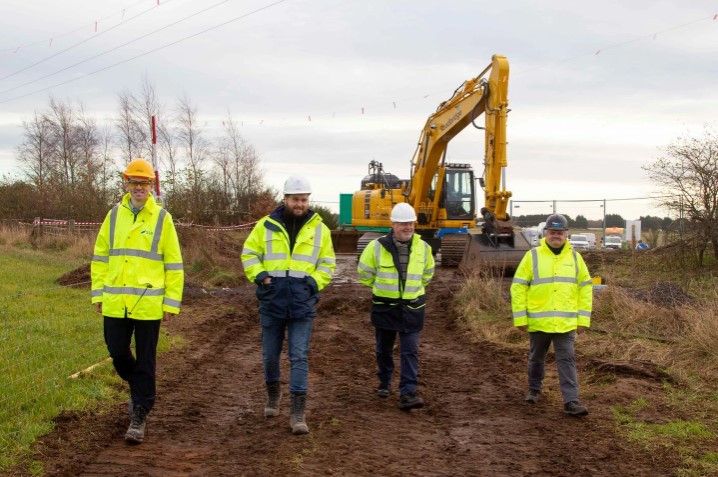