Norfolk Vanguard comprises two sites, East and West. Once constructed, it will provide a generating capacity of up to 1,800MW.

APEM has been surveying both the East and West development areas of Norfolk Vanguard, with the new contract extending surveys being carried out over the 642 km2 Norfolk Vanguard West site.

These are amongst the first surveys to employ APEM’s newly developed Shearwater II camera system. The system gathers high resolution images even from heights well above 2,000 feet, allowing well over 95 per cent of birds to be identified to species, according to APEM. It also provides precise bird flight heights that satisfy the requirements of statutory agencies, APEM said.

“Our new camera system and grid-based surveys not only gather powerful data, but also offer cost savings for developers by reducing the time it takes to carry out surveys,” Mark Rehfisch, APEM’s head of ornithology, said.

“The statistical power of grid-based surveys guarantees that when a development is found to have no wildlife impact as part of BACI post-consent monitoring, this lack of impact is real. When it comes to potential impacts on birds and marine mammals, EIAs currently use assessments that are often overly cautious. The lessons learned from APEM’s grid surveys will provide the facts that help to make obtaining consent and post-consent monitoring easier.”

Data collected so far shows a similar range of bird species to those recorded in the eastern part of Norfolk Vanguard, including auks, gannets, kittiwakes and fulmars in the main.

Vattenfall’s environment manager, Kathy Wood, said: “Vattenfall’s assessment of the environment impact of Norfolk Vanguard requires a good understanding of the birds and sea mammals in the development area. APEM’s cutting edge techniques give us confidence that we will achieve that.”

The power company started developing the 1.8GW Norfolk Vanguard in mid-March. The wind farm is situated 47 kilometres off the coast at Winterton Ness, and is expected to enter the offshore construction phase by the early 2020s. It could comprise up to 225 turbines. 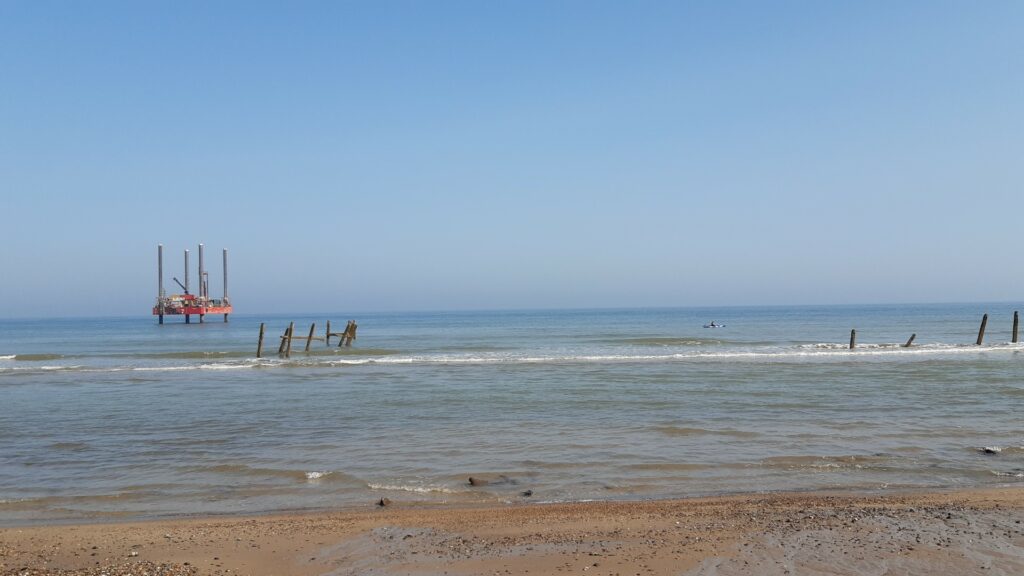