Rotor blades are subject to severely fluctuating wind loads due to the difference in wind distribution close to the ground and at the top end of the turbine. The result is high loads for the rotor blade material and an enormous challenge when it comes to the control system. In the case of storm winds in particular, the wind load can be so great that turbine operators are even forced to power the systems down in order to avoid damage. From a cost-efficiency perspective that is particularly bad, as stronger wind translates to higher energy yields, according to Fraunhofer IWES.

The ideal solution would be rotor blades which are able to adapt their geometry to suit the local wind conditions. This is made possible by active and passive technologies which allow individual rotor blades to adjust to the prevailing wind conditions – so-called smart blades. The Smart Blades project was a joint effort between researchers from the FVWE together with the German Aerospace Center (DLR), Fraunhofer IWES and ForWind, the Center for Wind Energy Research of the Universities of Oldenburg, Hanover and Bremen aimed at investigating the effect of these technologies.

When a rotor blade subject to high wind turns in such a way that it offers the wind a smaller contact surface, researchers speak about a bending-torsion coupling (BTC). As this bending is initiated by the force of the wind alone, it is described as a “passive” mechanism. The investigation focused on two approaches which produce this effect. On the one hand, a crescent-shaped geometry was examined and, on the other, a particular structure was employed for the material composition of the rotor blade.

In this structural approach, the glass fibers from which the rotor blade is produced are arranged in such a way that it rotates at different wind speeds, thereby the pitch is adapted locally.

“The advantages of the mechanisms are that the blades can be built with a less robust design and are therefore lighter. Both processes have the potential to improve the energy utilization of wind power systems,” said Alper Sevinc, Smart Blades technology coordinator for the bending-torsion coupled rotor blades at Fraunhofer IWES.

The researchers now hope to be able to investigate the mechanisms tested in the simulation on demonstration rotor blades they have already designed in a future project.

Another approach pursued by the scientists is active mechanisms which adapt the trailing edges of a rotor blade and which system operators can use to control the aerodynamic loads on a rotor blade. In this respect, the researchers examined both flexible and rigid trailing edge flaps. The concept was inspired by the aviation industry and is comparable to the flaps on the wings of aircraft. The investigations revealed that both options effectively reduce the load on the rotor blade. However, the maintenance efforts required for rigid trailing edge flaps are so high due to the soiling of the moving parts that the advantages of flexible trailing edge flaps outweigh them substantially. The construction of demonstration blades for this concept is also planned at some point.

The researchers also considered whether a flexible leading edge flap on a rotor blade can improve the efficiency of wind turbines subject to heavily fluctuating, turbulent wind conditions. This mechanism enables optimal use of a rotor blade in a large wind speed range, according to the results of the research.

“The advantage in this respect is in the reaction speed of the flexibility of the leading edge flap, which allows rapid influencing of the active aerodynamic forces in turbulent influx conditions,” said Michael Hölling, Smart Blades technology coordinator for rotor blades with flexible leading edge flaps at Forwind.

The concept of the flexible leading edge flap was tested in a wind tunnel during the project and delivered promising results for future developments.

In addition, the researchers also assessed the cost-efficiency of the technological developments. They compared all the mechanisms with a system with an 80-metre-long rotor blade in simulations and came to the conclusion that many of the examined mechanisms could lead to improved rotor blades in the future. In the next step, the researchers hope to be able to test their results on full-scale rotor blades.

Following the completion of the Smart Blades project, the researchers presented their findings in the town of Stade, Germany, on 3-4 February 2016. The project was funded by the German Federal Ministry for Economic Affairs and Energy (BMWi) with EUR 12 million. 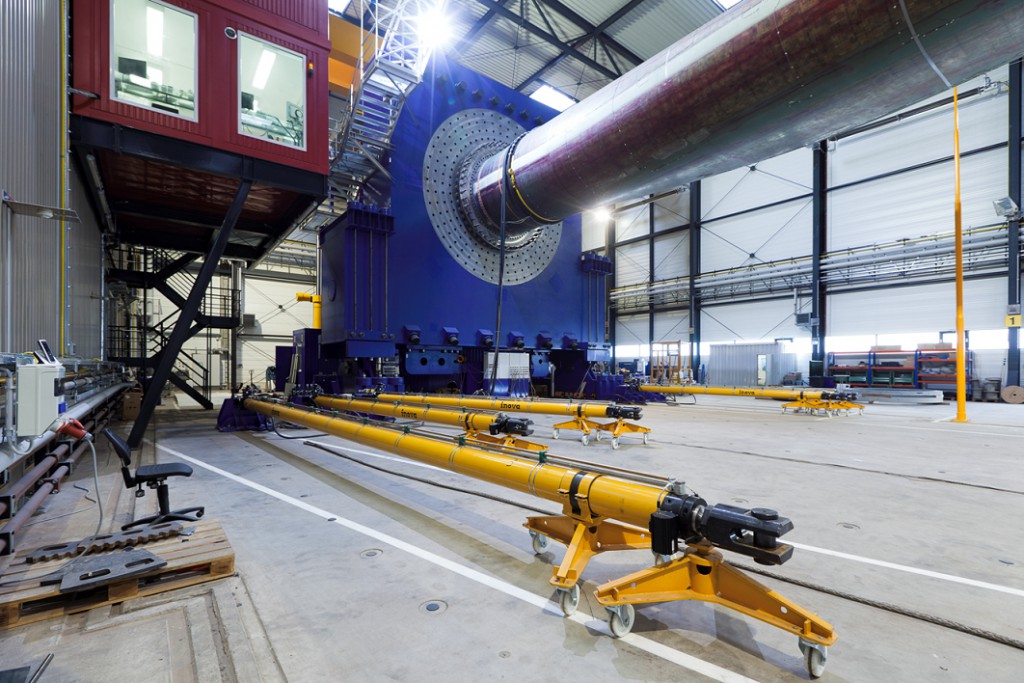