There are two straightforward effects, the direct and indirect effect, which low oil prices have on offshore wind projects.

The direct effect of a low oil price on the electricity price is reflected in the lower marginal production cost (the cost per unit of energy produced) of electricity plants that run on oil based fuel. The market favours cheaper resources and therefore prefers the production from these power plants to more expensive ones.

The process of selecting the cheapest resources is realised on energy market auctions. In these double auctions energy producers are invited to tender by submitting the amount of electricity that they want to sell and the minimum price they are willing to be paid for it. The market matches these prices in ascending (merit) order with buyers that are willing to pay that price. However, the price that everyone pays (market clearing price) is equal to the most expensive bid that can still be matched with a buyer. Figure 1 shows a general merit order with traditional oil prices.

When the tender offers from the oil based power plants are considered, one can observe the downward trend along the merit order decreasing the electricity market clearing price. This is illustrated in Figure 2, where you see that the oil power plants are now selected instead of more expensive gas power plants with the arrow of the direct effect. However, in most deregulated energy markets only few power plants are oil based, limiting the effect on the electricity price. The uncertainty about future oil prices and long construction times makes the construction of a significant amount of these plants unlikely.

Notwithstanding the above, the interpretation is not as easy as to say there are lower oil prices, so we will just do everything with oil. Because prices for oil do not reflect the full cost to society, which would also include the externalities of greenhouse gas emissions and the cost from climate change that is caused by them. The Intergovernmental Panel on Climate Change (IPCC) just released its second report stating that human induced climate change is very likely to cause severe damages such as extreme weather conditions like drought, precipitation, and storms. Among other reasons, the possibility that greenhouse gas emissions will be priced led to energy giant E.ON to split from its conventional energy business because of the fear that the cost of externalities will decrease the value of this business even further. This move outlines the change in the conventional energy business which will also affect the oil price, but most of all it has a significantly positive effect on offshore wind projects with negligible emissions. A crucial point that needs to be considered when evaluating the effect of the oil price on offshore wind projects are synergies between oil and gas powered power plants and offshore wind farms. Because offshore wind farm’s energy production is weather dependent, they cannot match the load of the grid during calm periods. That means even if there is a price for greenhouse gases which is very high there needs to be a source of energy that can offset fluctuations in wind energy production in real time. However, currently there are no commercially viable alternatives to offset these fluctuations quickly enough other than oil and gas power plants. Coal and nuclear power plants have a high inertia making unsuitable for balancing the variability of wind power.

In the short term lower oil prices cause lower electricity prices through direct and indirect effects. Lower electricity prices reduce the financial attractiveness of offshore wind projects. Even though this is an important lesson for investors in offshore wind projects in the short term, the long term effect looks bright for these projects. We are facing human induced climate change with a high likelihood for severe consequences in many parts of our daily life. To mitigate these impacts of climate change we need to drastically reduce greenhouse gas emissions. The energy landscape has to adjust to incorporate the external costs of greenhouse gas emissions in the energy price. With this policy change, the reduced financial return in the short term from a lower electricity prices caused by lower oil prices can be offset. Offshore wind farms are critical to reducing greenhouse gas emissions but cannot solve the problem alone because they are weather dependent. Currently there is no carbon neutral solution to bridge periods of no wind; the properties of gas and oil power plants make them very well suited to temporarily replace offshore wind farms’ energy output. This complementarity effect between offshore wind farms and oil and gas makes the investment in farms sensible from both a societal as well as an economic perspective in the medium term. In the longer term we expect that the role of the oil price will decrease and alternative technologies such as storage that are able to complement wind energy will play an increasingly important role.

With thanks to Micha Kahlen, Scientific Researcher, and Wolfgang Ketter, Professor and Scientific Director, at the Erasmus Centre for Future Energy Business, Erasmus University, The Netherlands 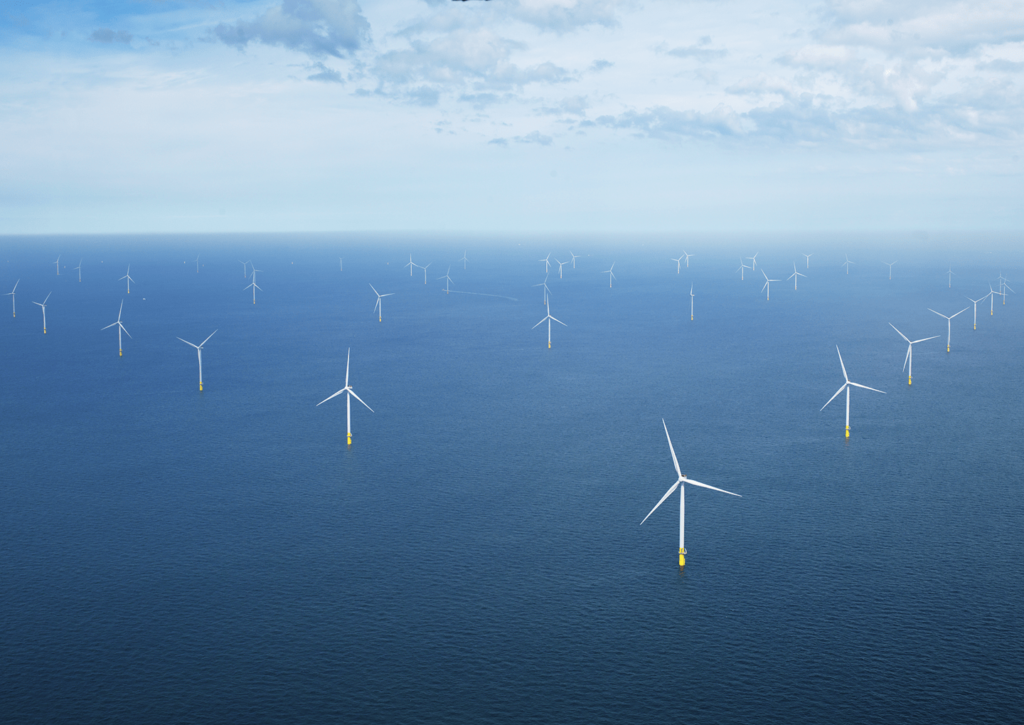