Marine energy technology company Minesto, together with IT Power and National Physical Laboratory (NPL), have been awarded more than £500,000 from the British Department of Energy and Climate Change (DECC) in the 2nd round of the Energy Entrepreneurs Fund.

The funding will be used for extending the quarter scale ocean trials with the Deep Green tidal current power plant in Strangford Lough, Northern Ireland, to validate its commercial performance.

The Department of Energy and Climate Change (DECC) works to make sure the UK has secure, clean and affordable energy supplies and promotes international action to mitigate climate change. By supporting investments in the UK’s energy infrastructure, DECC strives to keep energy bills down and promote action in the EU and internationally to maintain energy security and mitigate dangerous climate change.

For this, DECC established the Energy Entrepreneurs Fund from which Minesto, IT Power and NPL have now received a grant of over £500,000 for a project worth almost £900,000. The objective of the Fund is “to help bring a range of new and innovative low carbon products to market”.

Minesto´s CEO Anders Jansson welcomes the funding: “It is truly exciting that DECC realizes the potential for Deep Green to unlock the low velocity tidal current market in the UK; this proves that Governments have confidence in our company and our technology. In the UK alone, the Deep Green technology has a carbon reduction potential of over 30 million tons of CO2 per year. Furthermore, the grant from DECC has enabled Minesto to employ more local expertise for the ocean trials in Northern Ireland.”

The objective of the project is to verify survivability, prove performance and commercial viability using an existing 1:4 scaled prototype of the innovative Deep Green tidal power plant in real ocean conditions. Data from the long term ocean trials will be scaled up to commercial scale to gain further understanding of Deep Green’s full market potential.

“With this funding, it is possible to maximize the output from the previous investments in the quarter scale prototype and to bring Deep Green to a higher technology readiness level,” said Anders Jansson, CEO of Minesto. “IT Power has extensive experience in working with similar marine energy projects since 1991 and NPL has long-standing experience from research within data collection and sensors. The grant from DECC makes it possible to apply their expertise to the Deep Green technology, which is very valuable to us.”

IT Power’s Group CEO, David Nickols, added: “We are delighted to be working with Minesto on their ground-breaking technology. It is a unique concept in the tidal energy field which can unlock previously inaccessible deep water, low flow resources, thereby enhancing the practical global contribution that tidal stream energy can have on meeting our energy needs”.

As part of the project, IT Power will advise on the test methodologies, data collection and techno-economic analysis of the Deep Green technology and its deployment. Rhys Lewis, Head of NPL’s Time, Quantum and Electromagnetics Division said ”NPL has a proven track history of applying measurement expertise to a wide range of real-world applications. I am pleased we are able to provide the metrology in this tidal project in the renewable energy arena, supporting innovation and helping to implement key government strategies.”

Minesto´s tidal power plant called Deep Green looks like an underwater kite and is based on a fundamentally new principle for electricity generation from tidal and ocean currents. Deep Green recently became the first known marine power plant to generate electricity from low velocity tidal currents, which is seen as a breakthrough for marine energy. 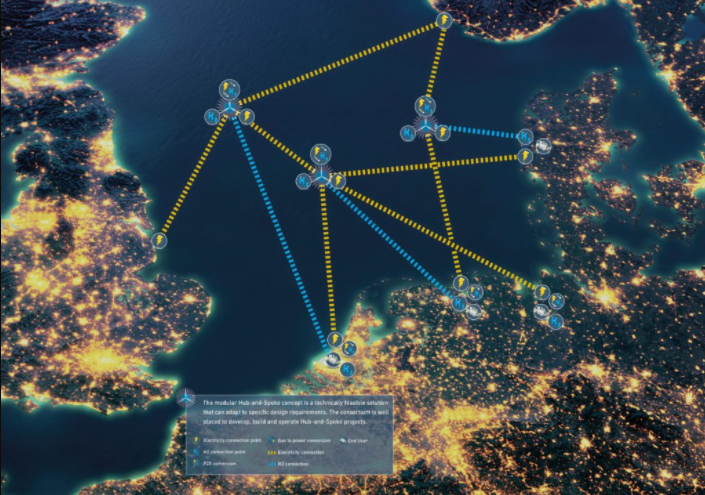