Even after 67 years, the memory of Normandy’s bloodied waters is still with Major Roy E. Eddy.

The 87-year-old war veteran from Mississauga was just 20 on June 6, 1944, when he piloted a landing craft filled with soldiers on Juno Beach. Most of them he never saw again.

Eddy — who has returned to Europe 22 times since the war ended — is struggling to understand why the French government is planning to build a wind farm off Juno Beach, where 340 Canadians died on D-Day.

“It would completely remove the sanctity of the place,” said Eddy. “For a place that has represented thousands of soldiers that were killed, I think it would be an awful distraction.”

Last week, the French government opened the bidding process for the construction of 1,200 turbines in five spots along the coast. President Nicolas Sarkozy first announced the $27 billion plan for offshore wind farms in January. The successful bid will be announced in early 2012 and the wind farms are set to begin operating in 2015.

In France, a collective of 483 organizations called the European Platform Against Windfarms has been loudly criticizing the plan, calling for a moratorium on all new wind farm projects. The group’s president, Jean-Louis Butré, said it objects to wind farms for a number of reasons, from health and esthetic reasons to historical concerns.

In a phone interview from Paris, Butré said that, if the government builds a wind farm off the D-Day beaches, “it means that they do not respect such things.

“It’s a huge mistake for the image of France worldwide,” he said. “Many families of soldiers from England (and) Canada consider that this is something that France shouldn’t do.”

Butré said the turbines, which are set to be 150 metres high and 10 kilometres offshore, will create a “discotheque” effect at night. While the government has said the 100 or so turbines planned for the coast of Courseulles-sur-Mer will be barely visible from the beach, critics say visitors to any of the five beaches, which also include Gold Beach, Sword Beach, Utah Beach and Omaha Beach, will be able to see them.

Meanwhile, an online petition against the wind farms has been signed by nearly 2,400 people across Europe, Australia and North America, including many Canadians.

Not everyone is up in arms over the French plan, however.

He said the construction of wind turbines wouldn’t negatively affect the museum and cultural centre, which commemorates the Canadian war effort in Europe.

“It’s hard to visualize but I don’t see how they’d be any harm,” said Webb, a 92-year-old D-Day veteran. “It’s now the 21st century and you’ve got to go with these things. I don’t think it’s offensive.”

Peter Stoffer , the NDP Veterans Affairs critic, said he hoped the government of France would consult with the Canadian government and veterans organizations before going through with the plan. 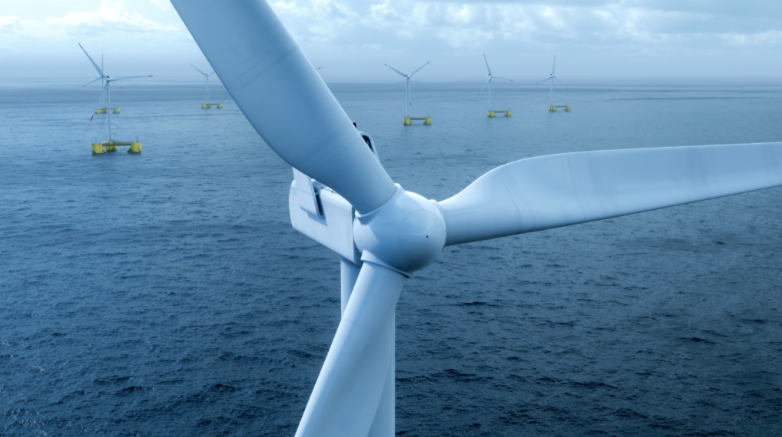