Wärtsilä, the marine industry’s leading solutions provider, has been awarded the contract to supply the propulsion equipment for a new, state-of-the-art, research vessel. The vessel will be operated by the UK’s Natural Environment Research Council (NERC), and is to be built at the C.N.P. Freire S.A. shipyard in Spain. The NERC is the UK’s main agency for funding and managing world-class research, training and knowledge exchange in the environmental sciences.

The contract calls for Wärtsilä to supply four of its 8-cylinder in-line Wärtsilä 20 main diesel electric generating sets, two main propulsion steerable thrusters, one bow retractable thrusters, and a complete Low Loss Concept diesel electric system. The majority of the Wärtsilä equipment will be delivered by the end of 2011, and the ship is scheduled to be launched before the end of 2012.

Wärtsilä has considerable experience in meeting the demanding needs of specialty vessels, and is considered to be the market leader in supplying propulsion systems for research and naval ships with low underwater radiated noise (URN) requirements.

Edward Cooper, the NERC’s Project Officer, commented: “It is vital that the ship’s systems are designed in such a way that the research activities, for which this ship is intended, can be carried out in the most effective way possible. For this reason, we are delighted to co-operate with Wärtsilä, whose technology in this field is clearly very advanced. In particular, Wärtsilä’s underwater noise abatement measures are critical to the research work.”

The NERC co-ordinates some of the world’s most exciting research projects, tackling major issues such as climate change, environmental influences on human health, the genetic make-up of life on earth, and much more. NERC receives around 475 MEUR a year from the UK government’s science budget, which is used to fund independent research and training.

The new research ship will provide a state-of-the-art platform for researchers to address some of the world’s most pressing environmental issues. It will enable them to take measurements from the oceans that could lead to critical information regarding climate change, marine ecosystems, and underwater seismic activity. This, in turn, could deliver significant economic and societal benefits for the people of the world.

Special attention is to be paid to noise related issues on the main steerable thrusters in order to comply with low URN requirements. These include the modification of the shank and pod to give a more hydrodynamic shape, and a special fixed pitch propeller design adapted to the specific wake field of the vessel. In addition, the generator sets will be double elastically mounted to ensure the lowest possible vibration is transmitted to the ships structure. The Wärtsilä Low Loss Concept diesel electric system will reduce electrical losses, which in turn reduces the power requirement, and hence CO2 emissions. The main steerable thrusters are to be Ice Class 1D compliant.

The NERC vessel, RRS James Cook, delivered in 2006, is also fitted with Wärtsilä propulsion equipment, and the ship’s silent propellers were supplied by Wärtsilä in France. The successful performance of this equipment was considered a key factor in the award of this latest contract.

“Our proven experience in meeting the specific needs of research ships has been an essential element of our negotiations with the NERC. Not only is there commonality of parts with the existing main engines on the RRS James Cook, but we also have a strong reference installation of steerable thrusters on the American T-AGS 60 oceanographic survey ships. Furthermore, we are able to provide local support from our Wärtsilä Service facilities in UK,” noted Paul Bennett Sales Manager Wärtsilä UK Ltd. 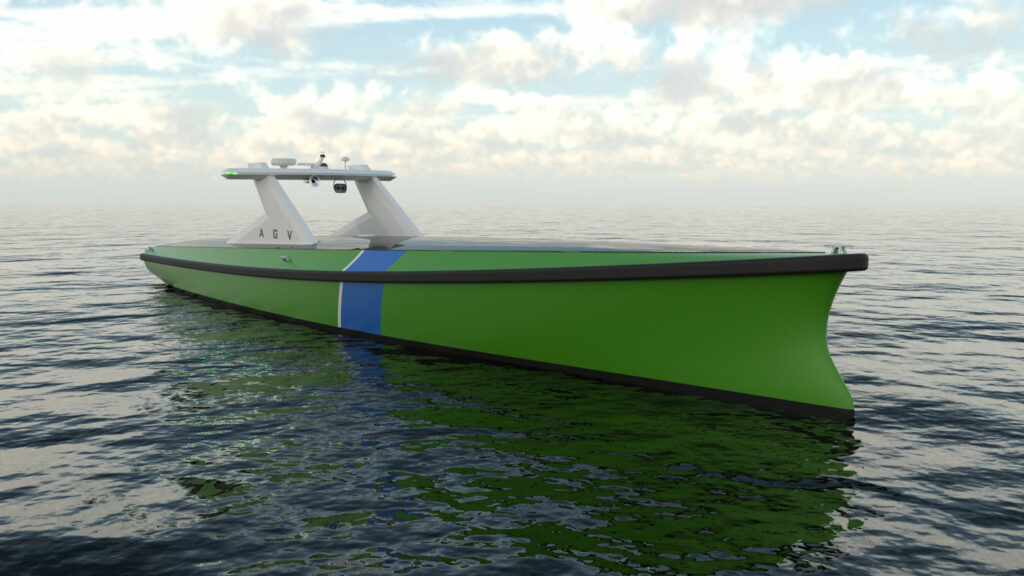