Detail page about the company: NORWEA

Norway is edging toward opening areas for offshore wind deployment and establishing the legal framework for project development. The first floating wind array in Norwegian waters is coming, and FID on the first bottom-fixed project may be imminent.

The Ocean Energy Act (havenergilova) was constituted in 2010. The law states that zones must be opened before offshore wind applications can be made – with exceptions for experimental projects and oil- and gas powering initiatives. Moreover, the secondary legislation under the law was missing. Now movement is back on track.

Opening of areas for offshore wind

In July the Ministry of Petroleum and Energy (OED) published its suggestions for secondary legislation. With the publication, the OED made recommendations for the opening of the first areas for offshore wind, based on a 2012 assessment of a total of 15 areas by the Norwegian Water Resources and Energy Directorate (NVE). The Ministry suggested opening two areas and called for input on the potential of opening of a third area.

To the north, the OED recommends the opening of Sandksallen – Sørøya Nord. The area was considered to have low energy yielding potential compared to the other areas considered by NVE, but the OED writes that it considers the possibility of near-shore bottom-fixed structures in the area as being a central point counting towards the area being opened. Sandksallen – Sørøya Nord provides depths at which both floating and bottom fixed installations are possible, with a distance to shore of down to 14 km.

On the west coast, in the vicinity of Stavanger and Haugesund, the OED recommends Utsira Nord for opening. The area sports depths of up to 280 meters, and only floating installations are considered viable. Both wind conditions and the location of the area on a stretch of coast with high-load power consumption from industry are key points in the OED’s recommendation.

The OED has asked for input on whether to open Sørlige Nordsjø II. For more than 90 per cent of the area prevailing depths are between 60 and 70 meters, considered within the scope for bottom-fixed installations, but with potential for floating development considered. The location of Sørlige
Nordsjø II on the southern end of the Norwegian ocean territories marks the area out as a potential hub for export of power, even from installations not connected to the Norwegian grid – with the nearest Norwegian connection point being around 200 km away.

For the Ocean Energy Act to take effect, the secondary legislation under the law – including the specifics of the licencing system – has to be drawn up. The public consultation on the OED’s recommendations for secondary legislation was concluded on November 1st.
The Ministry suggests a process with strict timelines from initial notification of the project, through to construction. Under the suggested system the Ministry itself will be the licencing party, and thus the recipient of initial notifications of project planning. The OED is to set out the consequence assessment programme for each project, after a public consultation. The NVE will be the recipient of the detailed construction plan in the event that a licence is given by the OED, and the licence owner will have two years to hand in the construction plan after a licence is given by the OED. The ministry suggests a fee of NOK 100.000 (€ 10.000) for consideration of project notifications.

Norway already has a licenced offshore wind project, situated in Sandøy and Aukra counties in the vicinity of the cities Molde and Aalesund. The 350 MW licence was given under the Energy Act (energiloven) in 2008 and is currently being developed by North American infrastructure company Enbridge.

National energy giant Equinor, together with their partners on the oil- and gas operations on the Snorre and Gullfaks fields, announced on November 11th 2019 that they will go ahead with the build-out of the first array of floating wind turbines in Norwegian waters. The Hywind Tampen project will consist of 11 8 MW turbines. The total installation of 88 MW will be substituting gas-turbines on oil- and gas facilities in the area. 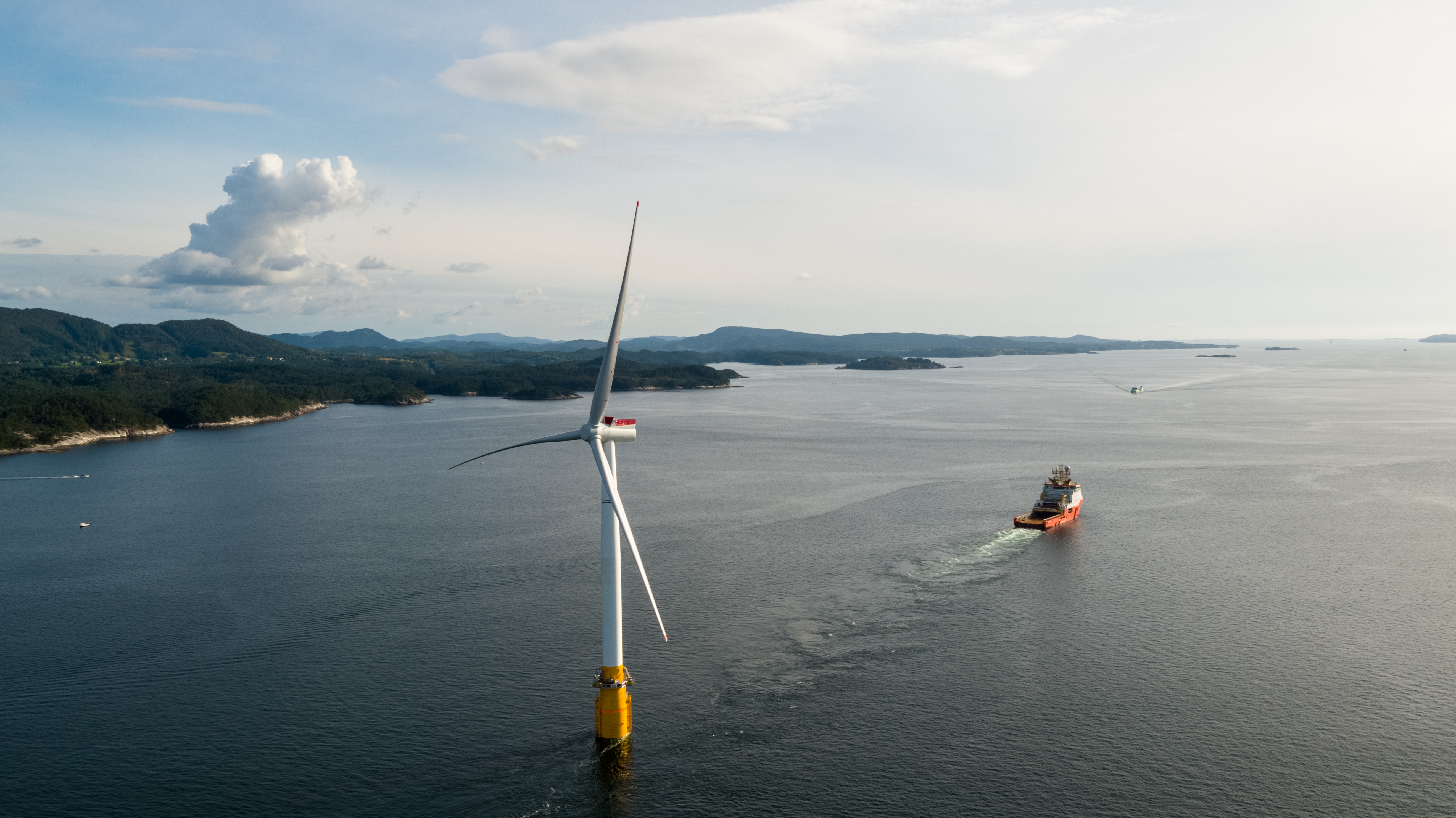