Ocean Wind and EEW have broken ground for the EEW monopile manufacturing facility at the Port of Paulsboro Marine Terminal in Gloucester County, New Jersey, U.S.

The start of construction marks a significant milestone in delivering the largest industrial offshore wind manufacturing facility in the U.S. to date, Ocean Wind said.

Construction of the facility will be completed under a Project Labor Agreement (PLA) with the South Jersey Building Trades Council.

”Positioning New Jersey as a national leader in the offshore wind industry and developing our offshore wind capabilities have been key priorities of my Administration since day one,” said Governor Phil Murphy.

”As the largest industrial offshore wind investment in the United States to date, the Paulsboro Marine Terminal will be a significant driving force for the state’s economy and create hundreds of good-paying, union jobs to South Jersey. Offshore wind is a once-in-a-generation opportunity, and today’s groundbreaking signals a monumental step forward in propelling New Jersey’s clean energy economy for generations to come.”

Construction activities include clearing and grading of the 70-acre site, reinforcement to increase quayside bearing capacity to accommodate the 2,500-ton monopiles, and the construction of two large buildings that will support circumferential welding, sandblasting, and painting. EEW has contracted with more than 30 New Jersey companies in support of design, permitting, site work, and concrete.

Once complete, the facility will manufacture monopiles to supply the 1,100 MW Ocean Wind farm off the coast of southern New Jersey. EEW’s facility will create as many as 260 jobs during the first phase of construction and manufacturing.

”With the cooperation and support from Ørsted and the State of New Jersey, EEW is proud to be the first major offshore wind manufacturing company to break ground in the United States,” said Lee Laurendeau, CEO of EEW-American Offshore Structures.

”This state-of-the-art factory will exemplify how offshore wind will create long-term manufacturing jobs while supporting clean energy goals. EEW has full confidence in the New Jersey Trade Council that this first phase of the factory will be constructed safely, on-time and on-budget with local union labor.”

Ocean Wind is an 1,110 MW offshore wind project by Ørsted and PSEG that will provide enough clean energy to power 500,000 New Jersey homes.

”This is an important step for our Ocean Wind project and the State of New Jersey,” said David Hardy, CEO of Ørsted Offshore North America.

”We’ve been able to adhere to our commitment to the state of New Jersey, and in the process are helping to make the State the quintessential supply chain hub of the American offshore wind industry.” 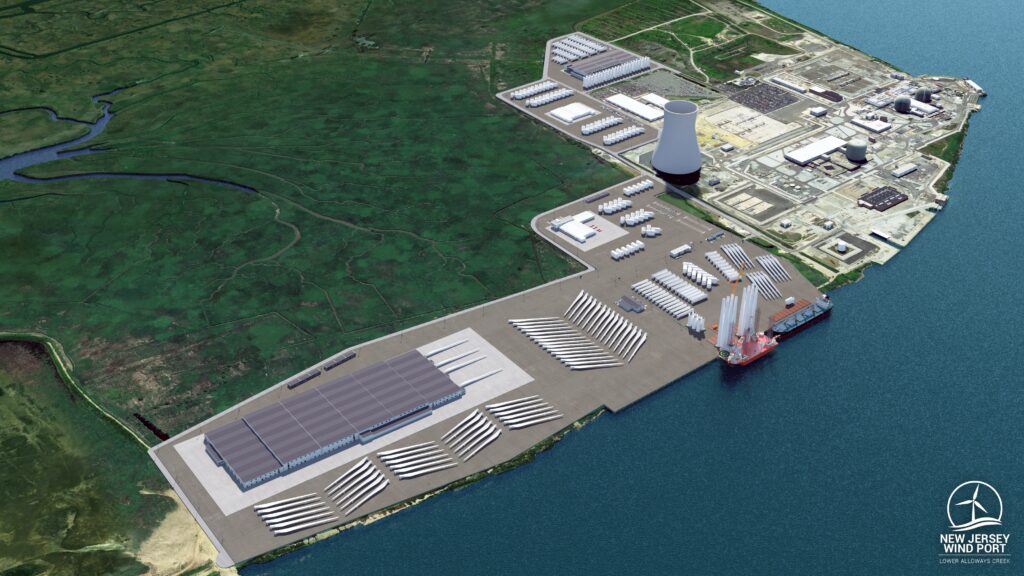