The wind turbines at the Hornsea Two offshore wind farm in the UK do not feature the usual setup including boat landing structures and ladders, as its developer Ørsted purchased a novel lifting system.

The 1.4 GW project is the first-ever offshore wind farm to deploy the Get Up Safe (GUS) motion-compensated lifting system from the Scottish engineering company Pict Offshore, with whom Ørsted signed a multi-million-pound deal and in which the developer holds a 22.5 per cent stake.

“With the GUS system in place, technicians will be lifted and lowered directly between crew transfer vessel and the platform. This removes the need for technicians to step between the bow of the vessel and the ladder; a potentially dangerous operation that requires skilled co-ordination to be carried out safely during variable weather conditions, and eliminates a tiring climb, which can be up to 20 metres in length”, Ørsted said in a press release.

“The GUS systems’ active heave compensation function tracks the motion of the vessel deck and automatically adjusts the line position to ensure that transferring technicians are always kept safe, even if the vessel is moving in variable wave and weather conditions”.

Furthermore, Ørsted pointed out the cost benefits of adding GUS to each of Hornsea Two’s 165 wind turbine foundations, whereby losing the ladders leads to streamlining the foundation and reducing steelwork requirements.

The first foundation, equipped with the system, was installed a week ago at the project site.

“The decision to deploy the GUS system at Hornsea Two is a bold and transformative move designed to both increase safety and reduce costs for the next generation of offshore wind farms”, said Philip Taylor, Pict’s Managing Director. “With other offshore wind developers now taking a strong interest in the system, we hope that it’s a vision that will be shared by the industry”.

Ørsted said the project was the result of a three-year collaboration with Pict Offshore, during which time Ørsted had taken a minority stake in the company, which is now manufacturing the GUS systems at its facility in Inverkeithing Fife and has doubled its headcount in the past months.

The 1.4 GW Hornsea Two project, scheduled to be commissioned in 2022, will feature Siemens Gamesa 8 MW turbines, and an offshore substation and a reactive compensation station (RCS), both installed on jacket foundations.

Photo: Ørsted; Hornsea Two foundations, each equipped with the Get Up Safe system 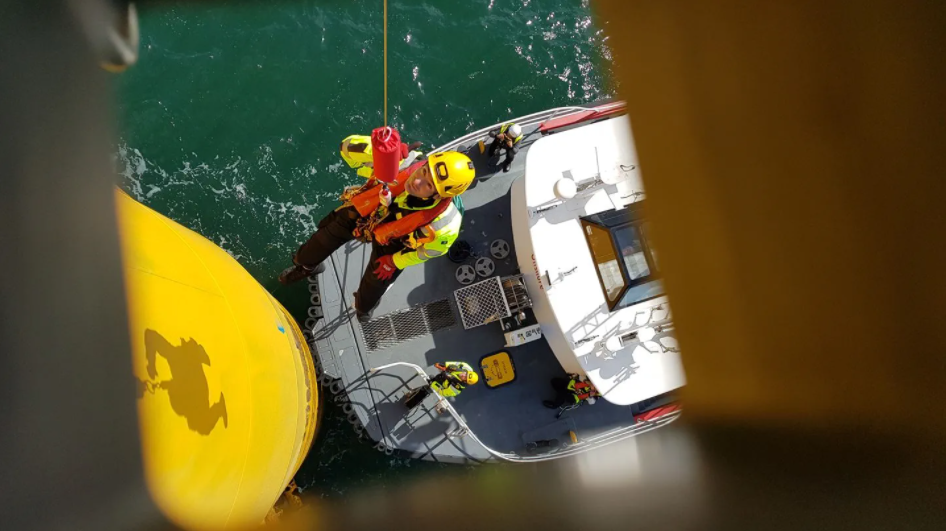