Big Day for Alstom in Saint-Nazaire

Today, Alstom is inaugurating its plants in Saint-Nazaire, dedicated to assembling nacelles and producing generators for the Haliade™ 150-6MW offshore wind turbine.

Under construction since 2013, the two plants, located in the port of Saint-Nazaire, France, are being inaugurated today (December 2).

The plants, now in the phase of HEQ (High Environmental Quality) certification and design, are expected to be the first in France to obtain the label guaranteeing optimal working conditions for employees, notably through actions on their visual environment and acoustic comfort.

Moreover, HEQ certification implies reducing the environmental impact of the buildings. The plants will also have a very positive effect in terms of job creation, with around 300 people engaged in their operation.

The Saint-Nazaire plants were designed to reach a production capacity of 100 Haliade™ 150 – 6MW offshore wind turbines per year.

Alstom has specifically developed this new generation turbine for a sea-based environment. Thanks to its rotor with a diameter of 150 metres, its nominal power can reach as high as 6MW, which corresponds to the power supply for about 5,000 households.

Production is slated to begin in 2015, to meet the requirements of the projects recently awarded to the Group: the installation of 240 turbines in France and 5 turbines off the coast of Block Island in the United States. 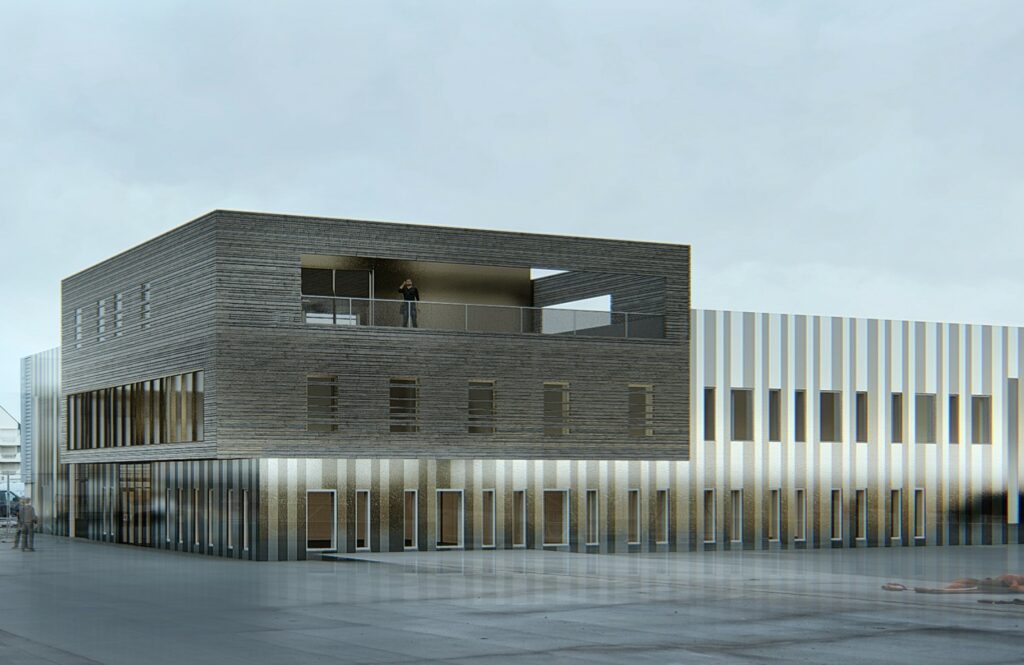