Gamesa, a global technology leader in the wind energy industry, announces its intention to pursue an MOU (Memorandum of Understanding) with the Port of Leith, which would be aimed at agreeing detailed arrangements for the establishment of a major offshore manufacturing base in the UK (including blade and nacelles plants, port logistics and O&M services).

Subject to MOU agreement, this would form an important part of Gamesa’s long term strategic relationship with the UK and a commitment to establishing the UK as the centre of Gamesa’s global offshore wind operations.

Depending on market developments, this new Gamesa manufacturing base in the UK would eventually create about 800 new jobs. Over time and subject to commercial opportunities, this would represent an initial investment of about €150million.

Gamesa’s decision to pursue MOU discussions with the Port of Leith follows a detailed process to identify a partner port which would meet the Company’s manufacturing and operational requirements whilst providing the optimum commercial solution for the Company. Gamesa would like to thank all the ports considered as possible Gamesa locations during this process for their help and cooperation. Gamesa is also grateful to a wide range of Ministers and governmental authorities at all levels across the UK for advice and support throughout this process.

Successful completion of MOU negotiations would mark a further stage in Gamesa’s engagement in the UK. In 2011, Gamesa established a new R&D facility in Strathclyde, currently employing over 60 engineers, which is steadily growing and is expected to employ 180 people. The Company is in the process of moving its global offshore wind headquarters to its new London offices with an expected head-count of 70 staff.

“I am delighted that Gamesa will pursue MOU discussions with the Port of Leith aimed at manufacturing its technologically advanced wind turbines for the offshore sector there. If market conditions are favourable this would mean many high quality jobs for the area. I have only praise for the support we have received throughout this process from Government Ministers and agencies across the UK. We hope to play a central role in strengthening the UK’s offshore wind energy sector and improving security of energy supply in the future. In achieving this we would also minimize any environmental impact whilst continuing to invest in and build relationships with the local communities with which we shall be working. Selection of Leith, as our preferred partner for the MOU aimed at establishing a UK manufacturing base is only a first stage, but an important one.” 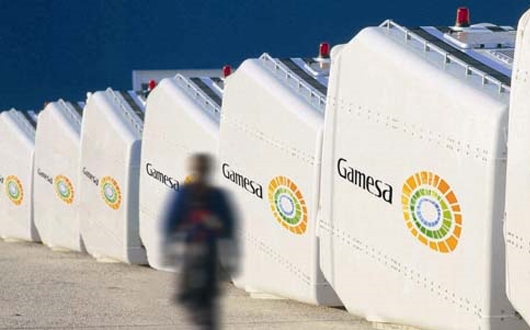